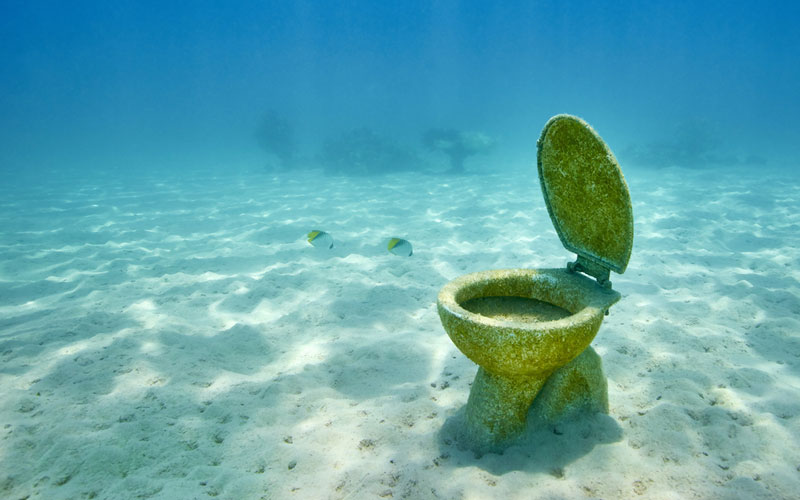 Survivor's toilet facilities are often the ocean, though the Survivors' ocean doesn't have an actual toilet in it. (Photo by Shutterstock)

In this edition of Ask Andy, I answer several questions about Survivor, including about the contestants’ bathroom facilities and/or latrines, and their access to toilet paper and fresh water. First, a question about returning players who say no to returning to the show.

I was wondering if you have heard of/ know if any past contestants have ever turned down the opportunity to return for another season of Survivor and why? Or perhaps, anyone on Big Brother or The Amazing Race?

I ask because of the apparent inclusion of Greg from S1 of Survivor. I always thought he would be an obvious choice to bring back and had wondered if maybe he just didn’t want to. —Kwanisha

Your question provides the answer, for Greg and others: Yes, former reality contestants are asked to come back and say no all the time, for various reasons.

For Survivor Cambodia: Second Chance, Jeff Probst named those who said no. He told EW the production approached Greg Buis and Greg wanted to do it, but he’d just been given this really great opportunity as the CEO of a nonprofit and he said, ‘I just can’t. I can’t take the job and leave.'”

Others who said no: Elisabeth Hasselbeck, Jeff Kent, and RC Saint-Amour.

Going through casting, production, and everything else is a significant commitment that requires leaving families and jobs for a period of time.

Never mind opening oneself up to the glare of cameras, viewer criticism, and other stresses. Some cast members don’t want to repeat all of that, while others want the experience (or the attention) again and again.

I’m curious about hygiene and sanitation issues on Survivor. In early seasons it seems that the cast was not even given toilet paper. I remember Survivor Africa that we saw a cast member taking a shovel going out somewhere to dig a hole.

Obviously over the years things have changed as Survivor has become more environmentally aware. What is being provided for bathrooms, etc? Are they still boiling water, or is clean water now being provided? —Robert

How Survivors go to the bathroom

Not all that much has changed, actually, regarding the cast’s toilet facilities—or lack thereof.

In inland, non-ocean seasons, contestants actually do go to a designated area, dig a hole, and use that.

In ocean seasons, it seems the trend lately has been to swim out in the ocean and just let it go.

Keep in mind that eating rice, beans, and the occasional reward means that there isn’t necessarily a lot of regularity—unless you’re poor Stephen #SevereGastrointestinalDistress Fishbach (and, apparently, Joe) who need to go again and again and again.

While contestants are provided with feminine products, they do not receive toilet paper.

They presumably improvise—and presumably, that’s what makes the ocean a desirable location to make a deposit.

Do Survivor contestants get fresh water?

As to water: Yes, they boil water, and yes, clean water is provided.

How is that possible? Well, the cast boils their water, but all accounts suggest that’s unnecessary. The wells are installed by the production, and have drinkable water.

A camera operator for the show confirmed this on Reddit in 2011.

And earlier this year, Survivor Worlds Apart cast member Max Dawson said his tribe drank the water unboiled and “none of us suffered gastrointestinal distress as a result of drinking the untreated water. The moral: drink water until you get fire.”