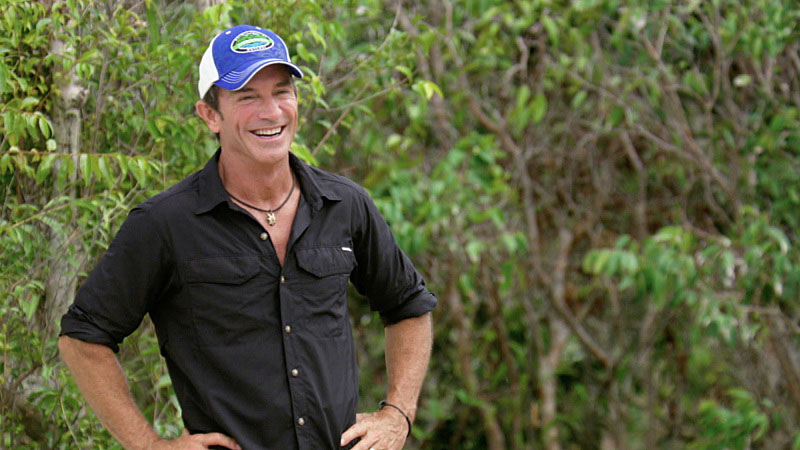 Jeff Probst during Survivor 31 filmed in on the island of Koh Rong in Cambodia, the same location as Survivor 32, which is called Survivor Koah Rong: Brawn vs Brains vs Beauty. (Photo by CBS)

Survivor Kaôh Rōng: Brains vs. Brawn. vs. Beauty, filmed in Cambodia on the island of Koh Rong, is the next season of the CBS reality competition, and there will likely be the usual teaser for the new season at the very end of the live finale and reunion.

But as of now, there is a lot that’s known about Survivor 32. Here’s a game-play-spoiler-free guide to the spring 2016 season.

What is it being called?

Last May, after production concluded, reliable Survivor spoiler Martin Holmes revealed that the new season will be called Survivor Kaôh Rōng: Brawn vs Brains vs Beauty 2.

Whether CBS will use that full title for the full season isn’t yet known. Both titles may be on the logo, but they may refer to it as just Survivor: Brawn vs Brains vs Beauty 2,Survivor Kaôh Rōng (or Survivor Koh Rong).

It’s worth noting that spelling Koh Rong as “Kaôh Rōng” would be atypical. Cambodian media uses “Koh Rong,” and the translation of the name in Khmer, កោះរ៉ុង, is “Koh Rong.” Also atypical would be the addition of a “2” to the name of the series. Even when it has repeated a twist, such as the blood vs. water theme in Survivor San Juan Del Sur, the subtitle has not indicated that it has been repeated.

Update, Dec. 17: The new season’s preview, below, revealed the title is Survivor Kaôh Rōng, with “Brains,” “Brawn,” and “Beauty” appearing in the places of “outwit,” “outplay,” and “outlast” in the show’s logo. This story’s headline has been updated to place those the subhead in the order they were used in the promo.

When and where was it filmed?

The season was filmed in Koh Rong, Cambodia, last March, April, and May. This is the first time in Survivor history that seasons were aired out of the order that they were filmed in.

It filmed from March 30 to May 7. True Dork Times’ calendar breaks down the season.

By the time Survivor 32’s finale airs and the winner is announced, it will likely have been more than one year since the season concluded production.

What complications did that shooting schedule present?

In an interview with Parade’s Josh Wigler, Jeff Probst called the two seasons “an interesting jigsaw puzzle” and “a little bit of a mind game” because they wanted to make sure the show progressed from season to season, rather than season 32 appearing to be a step backwards.

“I had a whiteboard in my room at all times showing what we’re doing in the season that will follow Second Chance, so we won’t repeat a lot of that in this season, because it needs to be fresh for that season.
It also required us to think, if we want to evolve how the idol play is going to happen, then [Season 32] has to be more evolved, and then we have to take a step backward and show the origin of that evolution here in [Second Chance], so when the audience sees it [in 32], it looks like a natural progression.”

Who is on the cast?

The cast is consists of 18 people, none of whom are returnees. Inside Survivor has compiled a list of cast members who have been identified by the site and on Survivor Sucks.

How are tribes divided?

As the subtitle suggests, this season again divides the cast into three tribes. The first season to use this brawn/brains/beauty division was season 28, Survivor Cagayan.

The division is, once again, quite arbitrary: the three cast members listed above—a professional poker player, a recapper, and a former Big Brother contestant—are all on the beauty tribe.

Are there medical evacuations?

Why, yes there are: three in total.

We know that thanks to Survivor creator Mark Burnett, who said “It was the humidity, cuts, people getting infected and then trying so hard on the challenges.”

However, Inside Survivor reported that two occurred after the contestants were eliminated.

Update, Dec. 17: Last night, after the promo for the new season aired and appeared to show several in-game medical emergencies, Inside Survivor’s Martin Holmes deleted the paragraph from his story that said “not all the evacuations happened within the game itself,” and also changed a sentence that said Mark Burnett “claims” there were three people to Burnett “reveals.” In other words, Burnett’s information from last spring appears to be accurate.

What did the new seasons’s preview reveal?

A lot. While new season previews are sometimes just teases, the preview that aired during the Survivor Cambodia finale introduced several cast members, though it did not mention that Caleb comes to us from Big Brother. It also spent significant time on medical issues, including showing the helicopter arriving to transport someone; someone being pulled from the game at camp in the middle of the night; and Probst telling someone who was on the ground being treated, “Stay with us.”