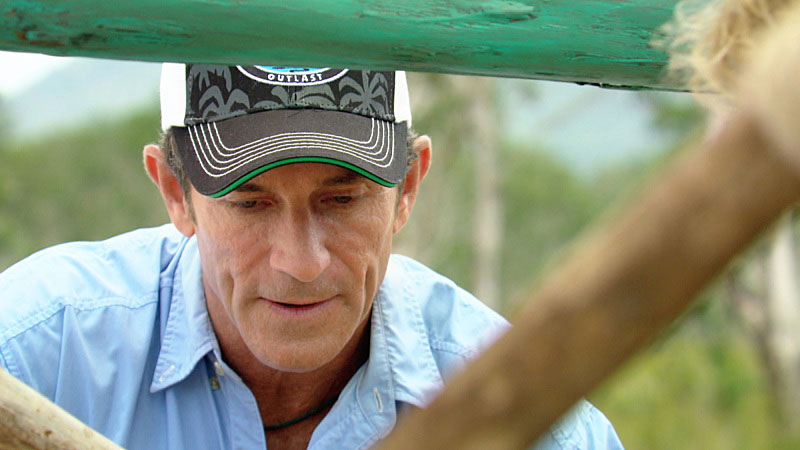 Joe Anglim’s collapse during a Survivor Cambodia immunity challenge was undeniably terrifying, both as viewers and for those on location. While his collapse came out of nowhere on television and also to those who were there—Jeff Probst said that, from his perspective, “There was no warning sign”—but Joe said he knew he was going to collapse, and actually requested the challenge be accelerated. In one interview, Joe said, “I yelled to Jeff, I knew I was going pretty quick.”

First, going into the challenge, Joe knew that he wasn’t in great shape. As Joe told Xfinity’s Gordon Holmes, “the night prior to that I got a severe cold. I had a high fever. I was around the fire all night with the chills. I couldn’t hold anything down. I was running to the bathroom every couple of hours. I woke up feeling like crap, being dehydrated. I was asking for trouble going into that challenge.”

Joe said in one interview that production warned the contestants that there was some kind of bug going around. It’s worth noting here that before—and after—every challenge, medical staff check each contestant individually.

What happened with Joe at the challenge

In his Q&A with EW’s Dalton Ross, Probst recounts the moment from his perspective, and said he was totally surprised by the collapse.

He starts by praising the contestants, saying that during challenge rehearsals, “Nobody came anywhere close to Joe and Keith. They quadrupled the time our rehearsal lasted. I was in awe.” Probst continues:

“[…] I honestly thought, Joe is going to win again. When Joe dropped, it was completely out of nowhere. There was no warning sign. Joe didn’t utter anything like ‘I’m feeling light-headed.’ It was like one of those inflatable air dancers you see at car lots —suddenly lost all its air. Joe just dropped.

It was so confusing that at first I wasn’t sure what had happened. It wasn’t until I got to him that I saw he was out. We called in medical, who is always just outside of the camera crew watching and waiting. Dr. Joe, who I believe in another life was Errol Flynn, was at Joe’s side within ten seconds. He knew exactly what had happened. Joe’s willpower had pushed his body so hard that he pushed it beyond where it was able to go, so his body had to take over and shut down. It literally just stopped responding to his will — and he dropped. As Dr. Joe said, he used up all of his ‘energy supplies.’ It was an amazing display of determination. He literally went as far as his body could take him.

He responded quite quickly to Dr. Joe’s attention and it was clear within about thirty seconds that he would be okay. Here’s another layer, Keith was not far behind. Keith had also pushed his body way beyond anything it was used to. Had they gone much longer, it might have been Keith who dropped. Both guys should be in the Survivor Hall of Fame based simply on that performance alone.”

Joe knew he wasn’t going to make it, and requested that the challenge be made more difficult so it would end more rapidly—something Keith agreed to. Here’s what Joe told EW :

“I pretty much felt the faint coming on, and I just looked at Jeff and said, ‘Jeff, hey, can we go to one hand or can we add on a section of pole?’ […] Jeff walks over to go get a couple more pieces of pole, and I just remember that cold sweat feeling inch up my back. And, yeah, all right, I’m out, coming down.”

It seems like, from Joe’s retelling, Probst was turned away at the moment Joe collapsed. Here’s what Joe told Gordon Holmes in a more detailed version of the story:

“I remember looking up at the sun and it’s just beating down. It was directly above the idol. I remember starting to lose sensation in my legs and my hands. This cold/hot sweat creeping up my back. I’m blinking, and then I’m seeing black. I’m blinking but I’m not seeing anything. I yelled to Jeff, I knew I was going pretty quick. I said, ‘Can we go to one hand?’ I said, ‘Keith, do you want to go to one hand or add another length or something like that?’ And, Keith was good with that. Jeff’s grabbing a couple of the extra lengths of pole to hand to us and I just remember going black.”

I wish Joe’s request would have been included in the episode. If anything, that makes what happened resonate even more, because he wanted to make the challenge even more difficult.