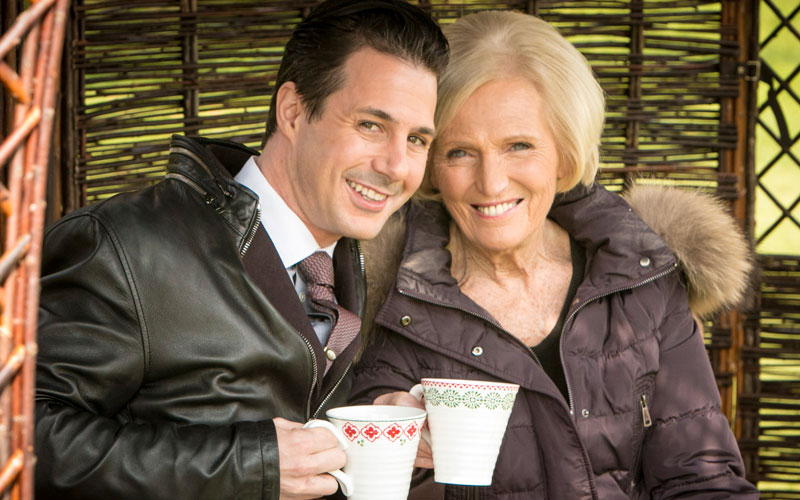 Four epsiodes is hardly enough time for a series to find its rhythms, its comfort zone, never mind for a show that comes with as much expectation as ABC’s The Great Holiday Baking Show did. That’s because it’s related to both a failed US series and a beloved UK series, and it had a lot to live up to.

Well, after four episodes, the ABC has proved itself—and now that its yeast is all activated, it’s time to let it bake. And by that super-forced metaphor, I mean: I hope ABC brings it back, both in holiday and non-holiday form. ABC has given chances to Shark Tank and The Taste in the past, and both shows improved and grew with time.

While the ratings were not spectacular (though I’m still very curious about how it did in live+3 and live+7, with those who didn’t watch it live in its late Monday timeslot), it almost doubled the PBS version’s ratings. And, for a show this charming and inexpensive, I think it should be given longer in the oven. The United States of America deserves a show this charming and this entertaining to call our very own. Like our country, it may have British roots, and it may have some serious flaws, but it was pretty damn great.

Let’s look at the three major elements beyond the production values, which, as I discussed in my original review, were pitch-perfect, as ABC did the exact right thing and let Love Productions produce the very same show it does in the UK. The holiday extras fit perfectly, but otherwise it was—remarkably, awesomely—the same as The Great British Bake-Off.

Mary Berry was 100 percent herself, from her delicious repetition of “layers” to her winking. She’s tough but sweet, always giving empathetic, fair critiques.

So it was Johnny Iuzzini who was the real surprise. I think you can make an argument that Johnny Iuzzini is better than Paul Hollywood, and I’ll make that argument, briefly. The two had almost immediate chemistry, and it was often Johnny who was firing off witty one-liners, even while asking good questions of the bakers.

Like Mary, he was a tough judge, though his criticism was more direct. That’s okay—so is Paul Hollywood’s commentary, and Johnny Iuzzini was no Gordon Ramsay. He was a judge who knew his stuff, had fun, and got along splendidly with an international icon. What more can you ask?

Hosts Ian and Nia show flashes of Mel and Sue

There were many wonderful moments with co-hosts Nia Vardalos and Ian Gomez. In the finale:

Yes, Nia and Ian never quite felt comfortable with the lines they had to deliver, which felt forced—probably because they were. It felt like they felt the weight of Mel and Sue’s example. But when they were themselves, during their casual interaction with the bakers and each other, it sparkled.

Yes, okay, American bakers may never have the unrelenting charm of British bakers. From accents to approach, there are differences. But these contestants—competing for a plate, that’s it—weren’t talking shit about each other, or looking for drama.

With each other, they were supportive; in their own bakes, they were tough on themselves but also approached them with good humor.  For one great finale example, finalist Nicole baked a manger scene into a small cake, and joked, “We don’t have to worry about Jesus getting decapitated in this cake.”

A lot of their bakes were great successes and quite impressive (like their British counterparts, they were able to practice their signature and showstopper bakes before production, though they didn’t have the benefit of a week’s break between each episode). And as reality TV personalities, they had their own charm.

The  Those of us who already love The Great British Baking Show had a high bar for this show to set. The Great Holiday Baking Show may not have made it that high, but it leapt to levels far above most U.S. cooking shows. Cheers to that.