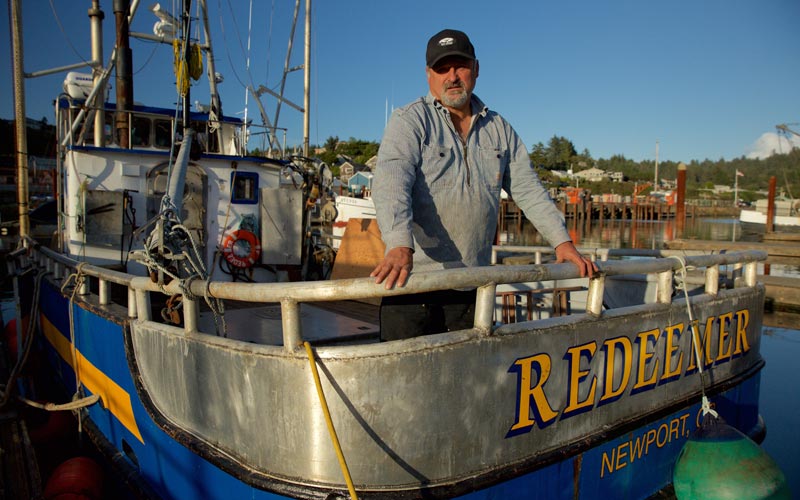 One of the cast members of the new series Deadliest Catch: Dungeon Cove, Garry Ripka, captain of the FV Redeemer. (Photo by Discovery)

The Bachelor Live: a weekly after show

For the first month of its 20th season, The Bachelor will air for three hours every night: an hour-long after show will follow each two-hour episode. A press release says its host, Chris Harrison, “will present questions and comments from viewers, debut deleted scenes, outtakes and exclusive extra content, all the while allowing members of #BachelorNation to have their say.”

It will be produced by a different company than the series, Embassy Row, which also produced After Paradise in addition to Bravo’s Watch What Happens Live and AMC’s Talking Dead.

The post Bachelor in Paradise after show, After Paradise, did well for ABC, beating Running Wild with Bear Grylls in its 10 p.m. Monday timeslot.

Chris Harrison also hosted this summer’s after show, and while I understand that decision, but also would love to see it hosted by someone outside the show, to provide a different perspective. (For next season, I’ll nominate my friend TV Guide’s Damian Holbrook, who’s thoroughly a Bachelor fan.)

A decade after the debut of Deadliest Catch, the Discovery Channel is extending the brand with a new series that will air next fall tentatively called Deadliest Catch: Dungeon Cove. Filmed in and near Newport, Oregon, it will follow the people who fish for Dungeness crab—and, in a twist for the franchise, their families who stay behind.

Discovery president Rich Ross said in a press release that this new series “is an opportunity to extend the franchise with new storylines and characters.” Original Productions is producing the series, and Deadliest Catch supervising producer Johnny Beechler is showrunning it.

Although the Bering Sea location of the original series has claimed many lives, fishing off the coast of Oregon is actually far deadlier: In 2007, two years after the original series debuted, The Seattle Times reported that “[s]ince 2000, their death rate has been 50 percent higher than that of Bering Sea crabbers and four times the rate of all U.S. fishermen.”

Toxic algae has produced high levels of a neurotoxin in crabs, which has led Oregon, Washington, and California to delay their crab seasons. A Washington state biologist told Weather.com that “he’s optimistic that the situation will improve soon that they’ll be able to open crab fishing in January.”

I asked Discovery how that might affect or be included in Deadliest Catch: Dungeon Cove, which is being filmed this winter, and was told that the show’s executive producer said “it’s too early to tell at this point.”