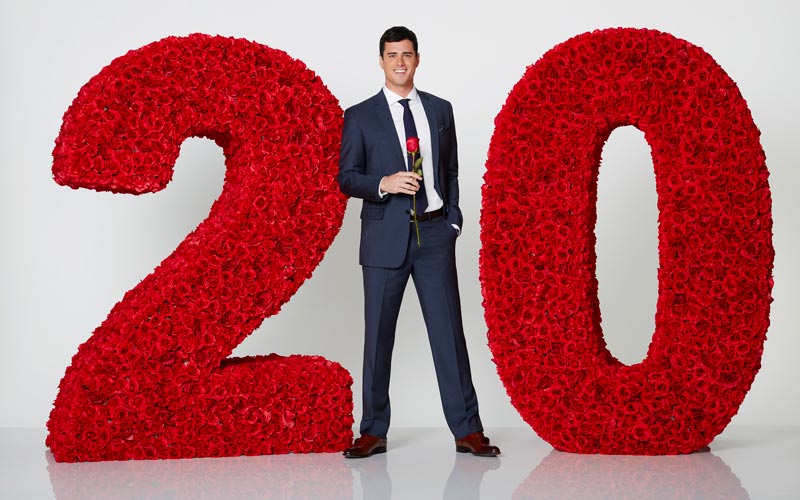 Who does Ben Higgins pick? What is his season like? The Bachelor 20 spoilers are out. (Photo by Craig Sjodin/ABC)

The show doesn’t debut until January 4, but The Bachelor 20 spoilers are already out there. Pre-season spoilers aren’t new, but what is new is ABC revealing the arc of the season and several plot points in its press release about Ben Higgins’ journey to find a partner who he can break up with in People magazine.

For a show that’s in its 20th season and has a solid fan base of both hate-watchers and people who buy into the journey as a genuine search for love, actual spoilers haven’t appeared to hurt the show at all. The joy, on whatever level it’s experienced by certain viewers, seems to be in the moments, not the surprises or reveals.

Also, knowing who wins or who’s been cast or when they go home doesn’t reveal anything about what happens, from the funny things people say (even if they actually did not say those things) to the way editors manipulate footage to create fake gay relationships. That’s the fun of The Bachelor.

If you want to know what actually happens, Reality Steve has posted his episode-by-episode Bachelor 20 spoilers, which go all the way to the finale, the potential proposal, and who wins and/or loses. He’s also identified all the women who are competing.

If you’d like a spoiler-free yet still revealing version of the season, an ABC press release sent today summarizes the whole season in 636 words. It gets as specific as mentioning things that happen in individual episodes and also the always-exciting product integration:

“In Episode 2001, a trio of former Bachelors—Sean Lowe, Chris Soules and Jason Mesnick— arrive at the mansion to offer Ben some words of wisdom before he starts his journey to find the love of his life. What are the do’s and don’ts on one of the most important nights of his life? Ben is filled with excitement and anticipation as limos start to arrive. Despite being 26, he feels ready to find the right woman and start a family.

One by one, the gorgeous bachelorettes are prepared to make a lasting first impression. One woman reveals she is friends with Kaitlyn. Ben does a double take as another striking lady stands outside the limo – and is joined by her identical twin sister. A stunner makes a bold move and goes in for a kiss that Ben won’t soon forget. A woman with a companion – a mini-horse – gets invited inside the mansion. One woman is so nervous that she forgets to tell Ben her name.

Once inside the mansion, the party really gets started. No sooner does Ben start to welcome the women than one determined dentist steals him away for a private exam. But two last-minute arrivals turn the party upside down. Another bold bachelorette decides to plant the first real kiss of the night on Ben with surprising results. Finally, Ben offers the coveted first-impression rose to one stunned woman who never expected to receive it.

The stakes are high as the long, stressful first night winds down and it’s time for the first rose ceremony of the season. Twenty-one lucky women will continue their journey to win Ben’s heart. But, of course, one brazen bachelorette pulls our Bachelor aside and chastises him for something he didn’t do.

Romantic and adventurous dates will reach new heights this season, testing the ladies’ perseverance in pursuing their romantic objective, along with fun, exciting and exotic dates that will elicit real and raw passions.

Ben’s first one-on-one date is a doozy! He and a spirited bachelorette are joined by Ice Cube and Kevin Hart – fresh from the set of ‘Ride Along 2,’ in theaters nationwide on January 15th – who decide they know exactly what to do on this date. But will this woman roll with the punches?

Twelve bachelorettes get to ‘kick it’ with Ben, playing a spirited soccer match with members of the 2015 FIFA Women’s World Cup Soccer Championship team, including Alex Morgan and Kelley O’Hara. Another dozen women attempt to impress Ben with their talents as the opening act for the versatile singer, comedian and celebrity impersonator Terry Fator at the Mirage Hotel in Las Vegas.

The Bachelor escorts nine sexy señoritas on a tasty trip through Mexico City to learn about the Spanish language and the scrumptious food. Still another woman gets to meet one of Mexico’s premiere fashion designers and walk the runway to open their stellar Fashion Week.

Six ladies are totally surprised by the company they will keep during a day of fun and sun on Pig Island. It’s just them, the handsome Bachelor and a bunch of wild, swimming pigs! Ben takes one woman to the Baker’s Youth Center in his hometown of Warsaw, Indiana, where he used to spend summers working with the kids. He is stunned when several of the Indiana Pacers, including NBA superstar Paul George, visit the center to participate in the festivities with them. Then it is on to Wrigley Field for a spectacular one-on-one date at the historic baseball stadium, but does the date qualify as a home run?

The hometown dates are filled with emotional revelations, but when the final three women travel to an exotic tropical island for the romantic overnight dates, there are even more shocking surprises awaiting our unsuspecting Bachelor.”

Correction: An earlier version of this story included a sentence suggesting that ABC’s release represented a shift. However, I’d compared this year’s press release to one sent at the same time last year, but missed an earlier, equally spoiler-y press release sent by ABC for The Bachelor 19. In other words, this isn’t a brand-new phenomenon.