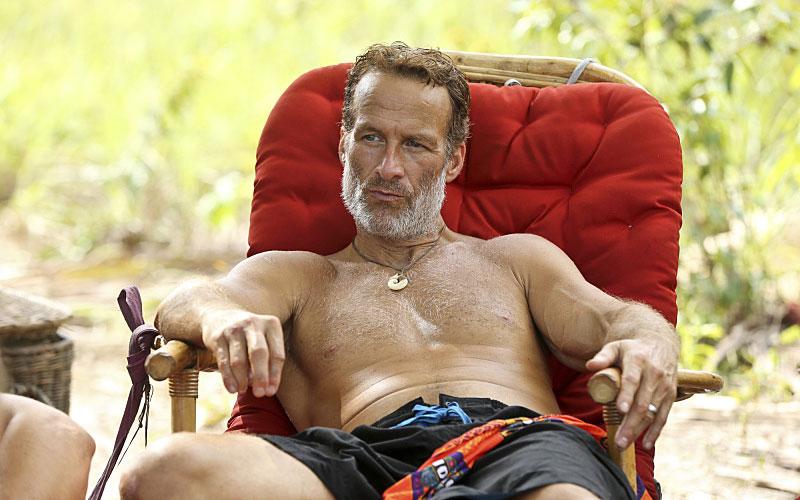 Episode eight of Survivor Cambodia: Second Chance was a near-perfect episode before Jeff Probst went to tally the votes. The impending result, Kelley Wentworth’s exit, was going to be disappointing, but the back-and-forth of the strategy that led to that point was a fun ride.

Like a roller coaster, it was thrilling while it lasted, even if we’d arrived at the brake run that signaled the ride was about to conclude.

And then, after Probst returned with the votes: a free-fall drop, thanks to Kelley Wentworth playing her secret idol. That drop, to belabor the metaphor, was signaled all the way back in episode one, when Kelley brilliantly pocketed the idol in the middle of an immunity challenge.

The even better part was Jeff Probst saying “does not count” over and over again, every time he pulled out a vote for Kelley. Faces dropped; the huge, complacent alliance was so cocky, so confident that they didn’t even split the votes. Nine people were blindsided! And Andrew Savage, king of the arrogant, was voted out with just three votes.

That’s what idols are for, and that’s how you play Survivor.

It’s worth repeating: right up until the end, the editing had me convinced that the outcome was going to be another easy vote, the massive alliance voting against one of the three in the minority. Clearly, that’s how everyone thought the vote was going to go. They were so confident/cocky/wonderfully naive that they didn’t even split the vote.

For all this talk about this is new Survivor and blah blah blah, it felt like early Survivor, when no one ever thought their plans could go awry, or didn’t think far enough ahead to have contingency plans.

The story was told very well, and there was so little of the “second chance” nonsense that’s drowned out previous episodes. What was particularly great was that there was a rocky but clear progression throughout the episode as the strategy shifted.

There were so many reversals! Let’s review:

An incredible Survivor even without that ending

I’m thrilled Savage is out of the game; he was a villain who was just a source of irritation. His intense personalization of the game is understandable—players get emotionally invested, and it is absolutely more than just a game. But he took it a few steps too far. “The scheming, lying, deceit is disgusting,” he said. No, Andrew Savage, it’s Survivor.

He had a few other juvenile moments during the episode, such as flicking off the immunity challenge when he lost. Blaming the challenge for his own failure pretty much explains his entire game.

Besides Savage’s defeat at the hands of Kelley Wentworth (and thank you again, Kelley), this episode had a lot to offer.

The immunity challenge, clearly designed for those of us who are mentally seven and laugh at testicle jokes, was both dramatic and comic. Dramatic because Keith, who rarely registers as a presence on the beach, was close to winning it for a second time, and because his win would mean Joe’s loss. Jeff Probst’s commentary was too perfect: “Joe’s balls start to move,” “Joe’s balls move a little more.”

There was also a genuine reward challenge with an actual, leave-camp reward, even if it was to one of those fake, production-designed faux cafes. The challenge itself, a repeat of the season one “I lost to the guy who can’t swim” boat and puzzle challenge, was full of comic moments. And Kelly Wiglesworth got her redemption, though only barely.

Besides offering a chance for Ciera to spark some kind of fire under these wet logs, the reward gave us one of the best scenes of the last few years: Keith commandeering and then driving a tuk-tuk around the beach. Producers even called the helicopter out to film his joy ride, which needs to become its own reality series.

Joyously riving around in circles on the beach like this is exactly what I felt like doing after the end of the episode.