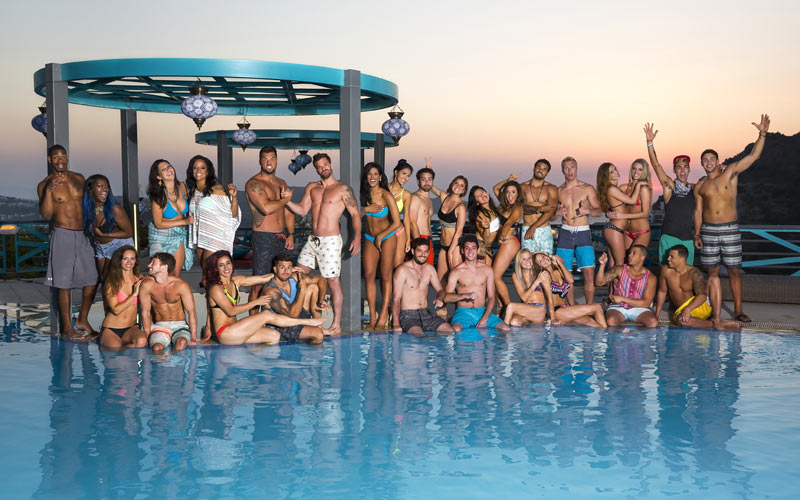 The cast of MTV's The Challenge: Battle of the Bloodlines (Photo by Ian Spanier/MTV)

After an eight-month break, MTV’s Challenge will return in early December for season 27 with a twist that’s straight out of Survivor: having cast members play with and against their relatives. The family members are only siblings or cousins, however—and it’s very cousin-heavy, with nine of the 14 teams comprised of cousin pairs.

MTV is calling this The Challenge: Battle of the Bloodlines, and it debuts Dec. 2. It was filmed in Bodrum, Turkey, this summer.

The network gave the trailer to Us Weekly, in which host TJ Lavin says “we’ve paired you up with your family.” But later he reveals a twist that sounds like it switches the game from playing with to against. There are the predictable “blood means everything” and “blood means nothing” lines from the cast.

Here’s MTV’s list of the full cast, which includes not just typical Challenge vets, but also people from MTV’s series Are You The One?:

Thanks especially to social media, the cast and twist have been known for months now, since the summer. Here’s one fan’s video from July that shows more of the cast: