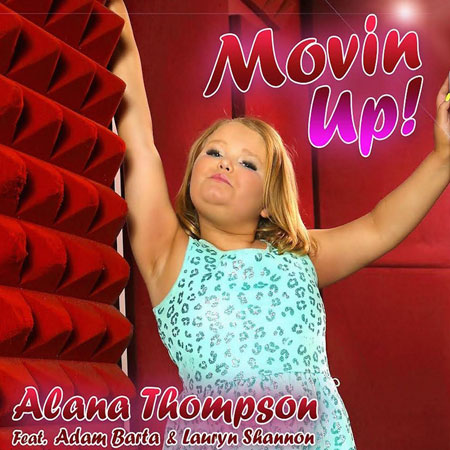 Update and correction: Honey Boo Boo herself is not coming back to television—at least not now. Instead, June’s announcement, below, referred to a People magazine story about something that’d been public knowledge since this summer: her upcoming appearance on Marriage Boot Camp Reality Stars.

As it turns out, the rambling paragraph that June posted to Facebook used “we” not to refer to her daughter and the rest of her family, just June and Sugar Bear. I read this as a reference to a new show because June wrote that it had yet to be announced, and their participation on the WE tv series was well-known months ago. The network has formally renewed the show but has yet to officially announce the cast, however.

I regret the error, though I’m thrilled Honey Boo Boo won’t be back on television, because she needs to live her life away from the judgement of reality TV viewers and social media. Alas, Alana is still live streaming her life most days, as I also wrote about below.

Honey Boo Boo’s comeback started earlier this fall with a new single, “Movin’ Up,” followed by June’s announcement on Instagram that Alana would be live streaming “almost everyday after school” so that her fans would have “an hour to be able to spend with Alana.”

Sunday, June wrote on Facebook that an announcement of a new reality TV show will be coming via People magazine Tuesday. (Perhaps my favorite part about this is that whatever network is doing this show gave the news to People, and June one-upped them by just revealing it herself three days early.)

The show will not be on TLC, however, nor will it include punctuation:

“Ok for everyone it was asked if we are going to be back on TV the answer is yes and it will be very soon it will not be was TLC network but it will be announced as we were told with People on Tuesday I will be able to get out more details soon but we are excited as it will air starting in December but it will not be here comes honey boo boo kind of thing but it will be reality TV and it will be real and unscripted like we have always ever been that’s only kind of TV we believe in and we want you all to see the true side of all of us hope everyone had a great Halloween and don’t forget to turn your clock back ‪#‎realitytv‬ ‪#‎awesometime‬ ‪#‎awesomefans‬ and we want to say thanks to our fans that have stuck by us and continue to support us through the thick and thin we love you all and we appreciate each and every one of yall.”