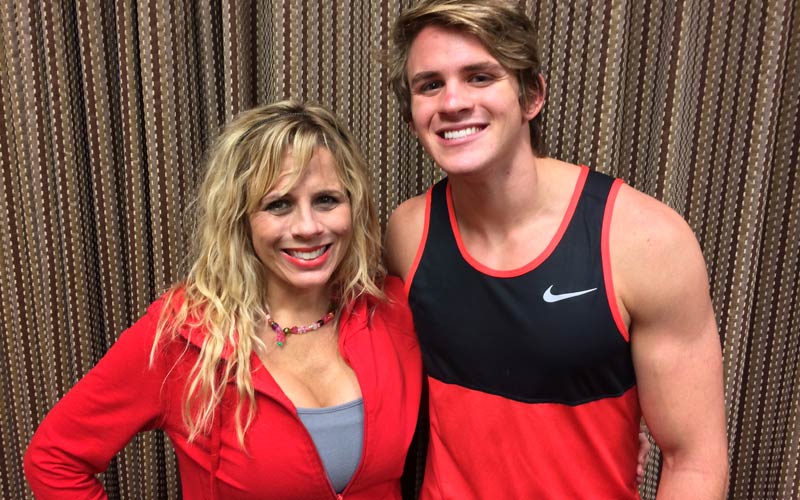 Vine star Cole LaBrant and his mother, Sheri, who are on The Amazing Race 28 along with lots of other social media stars.

The entire cast of CBS’ The Amazing Race 28 will be formed of teams of people from social media, such as YouTube, Vine, Instagram, and more. CBS will also live stream the start of the race on Sunday at 10:30 p.m. ET, the next logical step following increasingly public race starts.

As desperate as it feels, and it feels very desperate, it’s also understandable that CBS and/or the show’s producers would cast the show this way. It particularly makes sense that the start of TAR 28 would be watchable online, where these social media superstars’ fans already are.

But will those fans also turn on the television?

The conventional wisdom seems to be that those who are popular on social media bring built-in audiences to television, but that has rarely worked. Instead, and recently, those with lots of online followers have failed to translate that following to TV.

If you add up the total number of followers and subscribers CBS provided for most, but not all, of the 11 teams, it comes to over 33 million people. If the show is able to draw half that many viewers this spring, that’d be an insane jump in its ratings and make the show one of the most popular shows on broadcast TV.  But the followers may not follow.

The cast of The Amazing Race 28

Here’s the full cast, with CBS’ descriptions of them:

Tyler has more than 7.7 million subscribers on YouTube and is one of the biggest social media influencers in the space. He is racing with his best friend and fellow YouTube star, Korey Kuhl, who hosts the award-winning podcast “Psychobabble” with him.

Burnie runs Rooster Teeth, one of the largest gaming sites with more than 8.2 million subscribers on YouTube. He is racing with his girlfriend and Rooster Teeth co-host, Ashley.

Erin and Joslyn are best friends and YouTube hosts for the popular news and entertainment channel Clevver, where they cover everything Hollywood.

Cole is a teen heartthrob Viner who has amassed more than 6.5 million followers. He is racing with his mother, Sheri.

Zach is best known as the Magic Viner and has more than 3.7 million followers. He is racing with his wife, Rachel.

Engaged couple Dana and Matt are best known for their dance videos and tutorials. They have danced all over the world and Matt has more than 2.4 million subscribers on YouTube.

Jessica and Brittany are best friends and Instagram Models who together have more than 60,000 followers.

Marty (Mother) is best known for her hilarious flight attendant safety demonstration that went viral and has more than 22 million views on YouTube. She is racing with her daughter, Hagan.

Blair started her YouTube channel when she was 14, posting beauty and fashion videos. She has expanded her channel to include all things lifestyle and has amassed more than 1.7 million subscribers. She is racing with her father.

Brodie turned his Frisbee skills into popular videos and has a YouTube channel with more than 1 million followers. He is racing with his best friend and former ultimate Frisbee teammate, Kurt. They won three National Championships at the University of Florida.

Cameron and Darius made a name for themselves on Vine by doing crazy stunts like parkour, unicycling and juggling. Together they have more than 3 million followers.