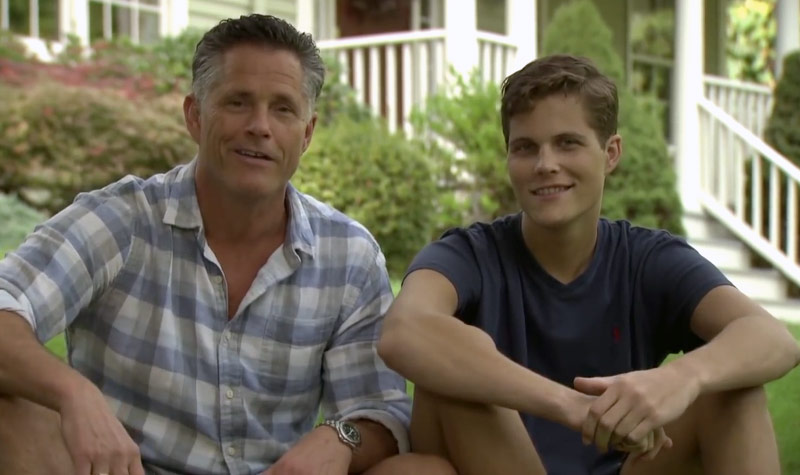 Survivor's Terry Deitz and his son Danny, who is recovering after a heart transplant, during a post-episode update.

Survivor Cambodia opened its sixth episode with Jeff Probst visiting the Ta Keo tribe’s camp in the middle of the night, where he woke up Terry Deitz.

“I just got a phone call from your wife, and your son, Danny, he’s in the hospital,” Probst said. “Both your wife and the dctor think that it’s serious enough that you should go home to be involved.”

The Hartford Courant has the full story about how he got to that point. Late in the spring, Danny—a football and lacrosse player—had shortness of breath that was first diagnosed as bronchitis, and eventually was revealed to be his heart. The paper reports that doctors discovered Danny has an enlarged heart, and eventually, “would find out he had a genetic mutation that caused a protein in his heart that attacks itself.”

After an initial 39-day hospital stay, Danny returned for another long stay, during which he had open heart surgery after medication didn’t work. He was put on the transplant list and had the transplant Sept. 11.

The paper reports that Terry’s contract with CBS prevented him from talking about this: “Because of contractual obligations with Survivor Cambodia, which began filming May 31, Terry is not allowed to speak about the show’s content or his logistical dilemma.”

In July, before the eventual heart transplant, Terry posted this to Facebook:

Here’s to our son Danny and to all the friends and family who prayed for him. Although it was not the outcome we were…

Earlier this month, Terry posted this:

Football all day with my boy….priceless.