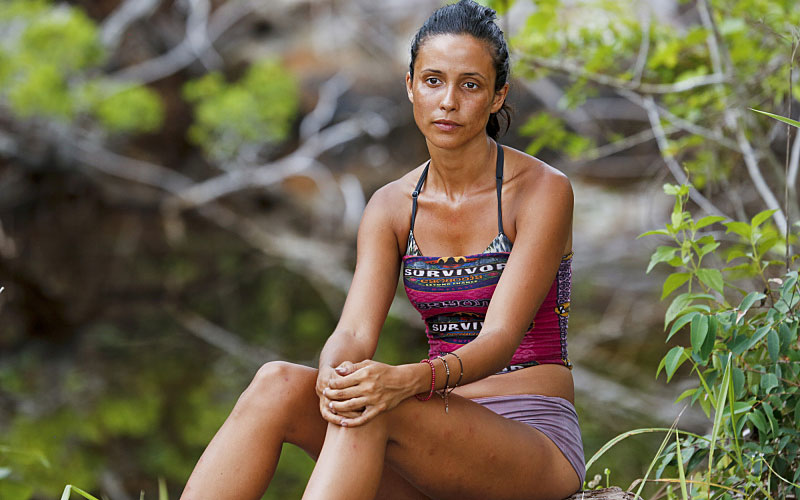 Monica Padilla, admitted “bitter” about her Survivor Cambodia: Second Chance experience, has suggested producers played a role in her exit, saving Kelly Wiglesworth and Spencer Bledsoe from being voted out.

First: I have heard grumblings in the Survivor cast community about producer interference this season, which may, of course, be just a manifestation of bitterness. Monday morning, I asked CBS about Monica’s claims—which are not specific, but general—and the possibility of producer interference on a micro or macro level. (I will update if/when I hear back.)

Having been on location and witnessed how careful the production is to make even challenge instructions fair, I don’t think there is a conspiracy nor a plan for how the game itself will play out (certainly, everything from challenges to twists are pre-planned). Likewise, I don’t believe Jeff Probst tells people who to vote for at Tribal Council, nor do I think producers script the season. However, credible contestants have made claims that reality is manipulated and said that producers have interfered. From the timing of tribe swaps to questions asked in one-on-one interviews, there could be an opportunity for someone on the production—rogue or otherwise—to make their preferences known.

If Monica’s claims feel at all plausible, part of that can be attributed to the unexpected nature of her exit, however telegraphed it may have been: A four-person alliance decided to go after one of their own instead of taking out one of the two other members of their tribe, who happen to be perceived power players—much bigger threats than Monica.

Stephen Fishbach, one of the four, offered more explanation in People than the episode did about his alliance’s rationale. He writes that “Monica was going 90 mph in a school zone” and “transparently scheme-y.” Besides the all-female alliance she proposed on camera to Kimmi, Stephen wrote that “Monica also came to me and suggested a ‘big move’ – which could only in context mean voting out Jeremy – without realizing that he and I had a budding bromance.” Despite that, Stephen says he “was hesitant to vote for Monica,” fearing a tribe swap: “I was terrified that I would end up on a tribe with Savage and Joe and be blamed for betraying Bayon.”

Of course, all we saw of Monica’s strategy was her brief suggestion that the women stick together. In her exit interview with Xfinity, Monica explains her season-long efforts and expresses frustration with how little of her strategizing was shown:

“I feel like my story wasn’t told. It made it obvious that I was going to be voted out. I had no arc, they showed nothing of my original alliance. It’s all of the sudden; I went home because of clams. I’m just annoyed. You didn’t see anything I did from day one. You saw a ton of Varner. So, why not show who I was loyal to?”

Monica leveled her strongest accusations in her exit interview with People. She said:

“Look, you have people like Spencer playing again, and Kelly Wiglesworth, and I think that the ‘Survivor Gods’ give them some protection. It’s like, ‘Who’s more expendable out of the three? Who do the fans want to see go home, and who do they want to stay?’ So I think there’s some of that influence. It’s just funny to me how Spencer was on the chopping block and we swapped. And it’s funny to me how I’m not on the chopping block when we go to tribal, and I end up going home. And I don’t think that Kimmi’s that smart of a player that she came up with that idea all by herself over clams. As much as you can read between the lines, that’s my take on it. Call me bitter or in denial or whatever. That’s just my take on it.”

Asked if she regretted returning, she said:

“(Long pause) I wish that I was playing under the same rules and circumstances as the first time I played. I think a lot of the infrastructure of the game has changed, and I went in really naïve to that. If I knew then what I know now, I would not have gone into the game. I think there were just so many outside interferences that really just pissed me off. So I’m pretty bitter about the whole thing, and that sucks.”