It’s Shark Week » Instead of lying about extinct sharks, Shark Week is doing something even more harmful.
home > Mythbusters 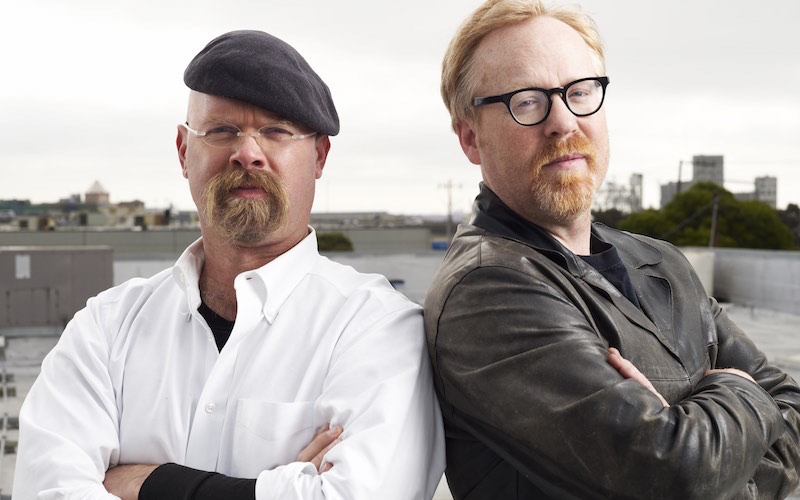 Next season will be the last for Mythbusters, which has been cancelled one year after the Discovery Channel series fired its build team and relaunched with a new format and aesthetic.

Adam Savage and Jamie Hyneman have known since the beginning of this year that the next season would be the last, and thus are planning a finale for the series, which is The Discovery Channel’s oldest show.

EW’s James Hibberd first reported the cancellation and talked to both stars. Hyneman said that, as executive producers, “we were part of that decision. We felt like we’ve had really strong material for the whole run. It’s been 14 years and its just time. We want to go out on a strong point.”

“Every show has its bell curve. We’re cognizant of our ratings. It’s not like they were terrible but we could see them changing. Three or four years ago we started wondering more if we were going to be renewed. It’s not like it’s unexpected. Still it was kind of amazing that it happened. The thing that really makes me happy is most cable shows like ours just end. They get past their freshness date, you finish a season and then you hear you’ll never see another one. I truly thought that’s the way Mythbusters would end. We’ve been filming the last season this year and we get to send it off. We get to pay homage to this thing that’s changed our lives.”

Hyneman, who said he and Savage probably wouldn’t interact with each other any more after the series is cancelled (they’re so not friends off-camera that they never once ate dinner together, alone), expressed frustration with the format:

“And the general way this was set up, and the way it had to be set up, is that around 50 percent of what we do is actual science and engineering. We had to do this daily dance of interacting with the camera and with production people who have totally different priorities about what’s going on than I do. It’s a difficult and unique process. The filmmakers often give priority to the results. I know some reality TV programs that present themselves as giving you something that’s real when in reality it’s totally contrived. Mythbusters is not at all that way. There are times when compromises have to be made that can be frustrating to somebody like myself who’s a purist for the engineering and not in it for a desire to be on television.”

Update: A press release sent by the Discovery Channel included a statement from its president, Rich Ross, who revealed that reruns would be shifted to a different network, Science Channel. That network will air a marathon of every single episode starting Dec. 23. Rich Ross’ statement:

“Mythbusters is – and will always be  –  an incredibly important part of Discovery’s history. Adam and Jamie are enormous talents who have brought learning and science to the forefront of this network, and their legacy will continue to live on over at Science Channel. The Mythbusters library will be moving over to Discovery’s sister network in 2016, where I know audiences new and old alike will be able to experience and learn with Adam and Jamie and the rest of the Mythbusters family.”