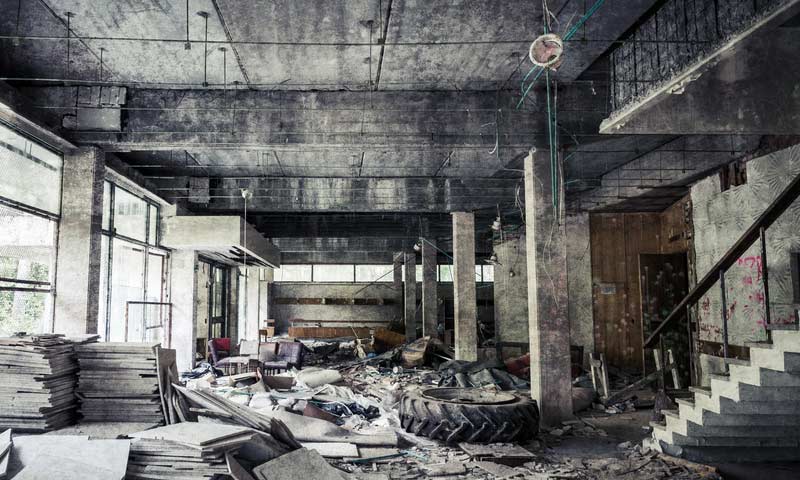 This isn't The Real World 31's Las Vegas house, but rather a metaphoric illustration of how I now view the series I once loved. (Photo by Shutterstock)

The Real World has officially been renewed and has not been cancelled after all, despite MTV’s complete lack of enthusiasm for the show, and will return for season 31.

As was previously reported, the show is being filmed at the Gold Spike Hotel in downtown Las Vegas, using its penthouse as the house. No word yet if or how producers will ambush their cast this time.

The network confirmed the location this morning, and said production also began today. The actual press release sent to media said, in part:

“Real World pioneered reality-based television debuting its first season in New York City. Each season, the show brings seven young strangers to live together in a new town and rolls the cameras 24-7, witnessing as their lives intersect, their ideas are challenged, and their passions emerge.”

Yes! And: If only! MTV.com’s announcement was a lot more honest about what happens on the show now, because it included nine videos of “all of the hottest hookups that unfolded between the roomies.” I suppose that’s what millennials care about, hot hookups—though shouldn’t that be “hot Netflix and chills”?