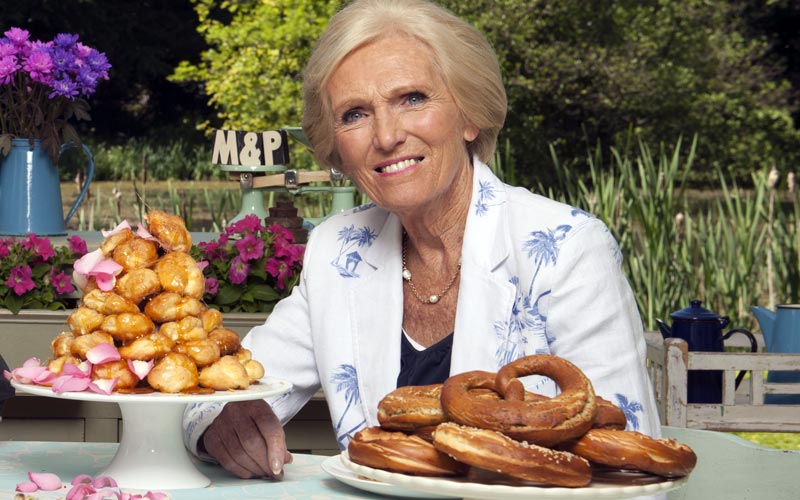 Last month, British press reported that Berry would be filming an American version of GBBO. That’s not the case. Several years ago, CBS aired a version of the show that Berry’s fellow judge, Paul Hollywood, judged; it didn’t do well enough to be renewed.

The new reality competition will air in November and/or December, possibly paired with or leading into The Great Christmas Light Fight, which will be in its third season. ABC has been increasing its seasonal, feel-good reality competition programming in recent years.

This is a smart move for ABC. Mary is one of the highlights of the show, thanks to her precise and fair criticism—and her innuendo, intentional or not (e.g. “some of them have got a good forking”). Thanks in part to her warmth and charm, since PBS started airing GBBO earlier this year, the show has found a new fanbase in the U.S.

That may help the ABC show; even if PBS’ audience isn’t massive or guaranteed to watch this new show, the CBS version did not have that base to build upon. Most critically, however, Mary Berry is just one of the components that works so well on GBBO, so the success of this new ABC competition depends on everything that surrounds her.

Berry, 80, started her cooking career at 17, where she trained at Le Cordon Bleu in Paris, and has since written more than 70 cookbooks. She has judged The Great British Bake-Off since 2010 with Paul Hollywood. The fourth season of the show is now airing on PBS, following PBS’ broadcast of season five earlier this year.