The choices were prisons, prostitutes, or police.

In 2000, a young cable news network, MSNBC, had time to fill on its weekend schedule, and it wanted something in “the 3P space,” as a long-time reality show producer told me.

What Rasha Drachkovitch and 44 Blue Productions delivered was a show that went into prisons and has stayed there for 15 years: Lockup.

It’s a show some people love, curling up for a marathon on a weekend to get to know inmates and correctional officers. It’s been mentioned on The Daily Show and by Taylor Swift, who’s a fan.

It’s also a series that reveals the reality at the center of national conversation, though it remains neutral, just documenting what its cameras find, and will soon have done that for over 250 episodes.

Here’s the story of how Lockup came to be, and how it’s now produced.

How Lockup is filmed in prisons

Rasha Drachkovitch had produced Behind Bars: The World’s Toughest Prisons for A&E when a former A&E executive then at MSNBC approached him about producing a series. Lockup started with just four hours, and the show “immediately popped a big number for them,” Drachkovitch said. It’s been a hit ever since. 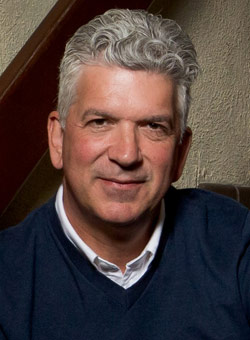 “It’s fascinating to see the appetite for this type of programming. I think there’s a fascination with prison and jail culture, and seeing things that normally aren’t seen. The storytelling is so real—there’s no second takes on Lockup. Everything you see is real,” he said.

Viewers are skeptical, having been fed a lot of faux reality over the past decade or so. “I often get questions from people saying, I can’t believe that actually happened, I can’t believe you were actually there,” executive producer Jim Cirigliano told me. “These days, so many people think, ‘Well, reality TV, they can set things up, they can talk to the participants ahead of time.’ We really do have some amazing storylines that emerge. It’s really much more documentary. We don’t set anything up any time; we’re constantly casting in the sense that we’re constantly meeting new inmates.”

The show’s five-person crew spends the first few days canvassing the prison facility, talking to people and “finding out if they’re interested in participating in Lockup,” Cirigliano said. Some ideas for stories to follow are suggested by staff members; others may be informed by news of a high-profile inmate who happens to be there.

To produce six episodes of Lockup: Extended Stay, the crew films about 52 days. Drachkovitch told me, “That’s what really gives the show its weight, the amount of time we invest in place. Those 52 days are immersive; we are basically embedded in this facility.”

Casting prisoners for a reality show

During those seven plus weeks, Cirigliano said, “the focus of the crew really changes over those 52 days. We latch on to some people, we check in with them. We’re constantly meeting new people.”

Prisoners are, by their nature, people who don’t have any freedom. Yet they do choose to appear on the show. “Everybody who’s on the show has fully consented,” Cirigliano said. “We meet a number of people who are really interesting who say, This isn’t for me, no thank you.’ We don’t pressure anybody to be on the show.”

I asked about direct or indirect pressure from corrections officers or wardens, and he said, “There’s never any pressure from staff,” saying that being filmed was “100 percent voluntary” and “totally of their own free will.”

The same is true for the employees there: “We leave it up to the individual officers,” he said, especially since since there may be “security concerns, safety concerns—maybe they don’t want everybody to know what they do.” He added, “The majority who we ask to talk to are willing to participate. We’ve never had a shortage of folks to talk to.”

Why would an inmate, especially, choose to be on the show, to have their face and story broadcast? Drachkovitch said, “When you break down prison and jail life, it’s pretty monotonous and dull most of the time. Everybody has a story they want to tell. Now that the show’s been on so long, people get to know us. You get almost volunteers who come to us.”

The show’s reputation, 15 years in the making, also helps, especially with staff. Drachkovitch said his show now has a “strong reputation of showing a profession that’s rarely seen. It’s not the most glamorous job.”

Nor is producing the show easy. “I marvel at how they can keep a cool hand while feeling the heat of a pretty hostile environment,” Drachkovitch told me, referring to the crew.

Among the things they deal with, Cirigliano said, are the challenges of “unraveling the stories” because “once in a while, somebody tries to send us down the wrong road.”

Of course, the larger concern is the safety of the five-person crews who film the show, including producers and camera operators. The production has an officer with them at all times as an escort, “because you can’t just have civilians in the jail,” Cirigliano said. That officers assists with things like unlocking doors, following that facility’s protocols, and “just being there as a security person just in case.”

That security is paid for out of Lockup‘s budget: “We reimburse facilities for that cost so it doesn’t cost taxpayers,” he said.

There hasn’t yet been any kind of major incident. “Our crew has stayed safe. There’s a reason our crew has stayed safe: They treat everybody respectfully,” Cirigliano said. “We’re not out to sensationalize; we’re just there to learn what happened. Our crews are just so seasoned and so skilled that has been #1 safety protection that they have.”

Drachkovitch said that “a lot of the challenges of filming in these environments are mental: what people say to the crew, noise level, intimidation, especialy when we first go in. Becuase we’re there so long, you just become part of the day-to-day life. Fortunately, nothing has happened.”

Chronicling prisons in a time of reform 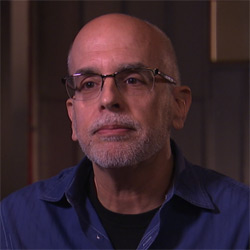 Jim Cirigliano has worked on Lockup for more than half its life, eight years, and said there are noticeable differences between when he started and now. “Correctional facilities are much more crowded than they’ve ever been. Over the 15 years there’s just been a boom,” he said.

“One of the biggest issues that impacts everybody is the manner in which prisons and jails have often become the primary mental health treatment facilities. More people get treated for mental health in prison or  jail than they do in mental health facilities, so there’s just an enormous boom. It’s a very challenging thing for corrections officers because they’re trained to be law enforcement officers. They’re not necessarily trained to work with a schizophrenic who’s off his medication. So there’s also been very dramatic increase in pshcyological staff, psychicatric staff, meidcating inmates.”

Drachkovitch noted that while “violence is down nationally but drug use and abuse is up,” and that means our society is “asking prison officialls and staff to deal with a state of inmate that they’re really not prepared to. That wasn’t in the recruitment video.”

There has been somewhat of an increasing effort to change the system, including from President Obama this summer. Cirigliano said prison reform organizations have requested permission from MSNBC to use clips from the show, including “a couple times with some mental illness stories that we’ve told. Whether it’s actually led to concrete changes or laws, not that I know of.”

Those requests have come, Drachkovitch said, because Lockup is “at the forefront and the only consistently produced series on the subject matter.” He added, “I think the public generally isn’t aware. Prisons are the last things you want to think about. They’re usually built out in the middle of nowhere. They’re poorly funded. … It is a really difficult profession and a really difficult challenge.”

Marathons of episodes have helped draw viewers and ratings for MSNBC. “Once you get in, you can’t click the channel, you’re just wrapped up into these stories,” Drachkovitch told me. “It’s pretty remarkable that here we are, 15 years later, still producing a show on the subject of corrections.”

He credits Cirigliano and members of his team. “Most television series have a season,” he said. “Lockup just runs. There’s no real hiatus, even. We just get new episodes picked up. The show just keeps on motoring. If anything, I have to make sure everybody takes a break because the subject matter can weigh on you. Everybody who works on the show just sprints to the next one.”

The network is currently airing Lockup: Extended Stay, which is a series of episodes filmed at the same prison, though still with standalone episodes. Like always, they tell the stories of what happens behind bars, and those stories may surprise those who never watch.

“I have a feeling a lot of times people think Lockup is inmates throwing chairs at each other and stabbing each other and it’s this non-stop violent action show,” Cirigliano told me. “We have been present and our cameras have been rolling many times when violence has broken out. We do cover that on Lockup for sure. But the real fans of Lockup—the people who I can tell by their Facebook comments, they’re naming inmates by their names—what they’re really amazed by is some of the amazing human stories that we told in a place where you find a lot of dark stories. But every now and then you find some stories that are inspiring. Sometimes there’s humor in jail and prison.”