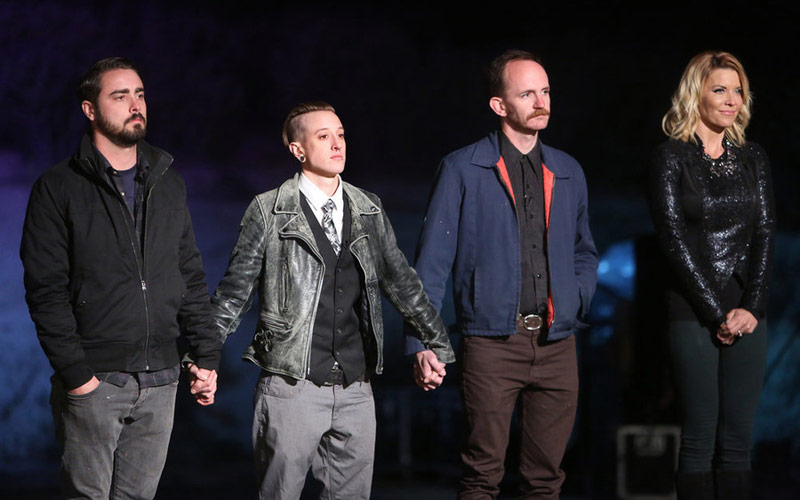 Syfy’s Face Off has long been a strong competition series that for me was stuck in a rut—a decent rut, yes, but a rut nevertheless. So, I’ve been wishing for a while that the show would shake things up. While there was not some kind of massive shift this season, producers made very smart changes that significantly improved the series.

Face Off‘s ninth season concluded with its best finale ever. A lot of the work was strong, and the winner, Nora, was very deserving. But I say it’s the best ever because the format allowed the artists to demonstrate their craft in the most real-world scenario ever. Previous finales have featured short performances, but these were shot on location.

The resulting short films surprised me. While the scripts were, of course, brief and barely stories, they had strong direction by past judge Patrick Tatopoulos and great post-production work (particularly the sound design and foley effects). For what they were, they managed to be quite engaging. Most importantly, the films worked well to showcase the characters the makeup artists created.

We’re so used to seeing the finished makeup as virtual mannequins. As much as the models try to inject some life into them with brief movements or flashes of character, most of what we see is them standing there. It’s not the best showcase for the work, especially work that is often rushed. This finale offered the opposite.

Even better, in part one of the finale, the finalists were each allowed to screen test their makeups and then make adjustments. Yes, there was the requisite surprise third makeup (which I doubt was that much of a surprise because by this point you have to expect it, right?), but otherwise the finale gave them time to improve their work.

Similarly, during the semifinal challenge, the three in danger of being eliminated were all allowed to rework their makeups based on the judges’ feedback. That’s the kind of twist that allows for entertainment via better work.

Combined with the new challenges introduced earlier this season, all of which helped to both focus on the work and give us something new, Face Off really felt refreshed. Yes, McKenzie and Glenn say the exact same things in the exact same ways, and yes, they cut to commercial before announcing the winner (c’mon with that nonsense!).

Still, I’m thrilled to see a great show take some chances and make changes that really did elevate the season and the contestants’ work.