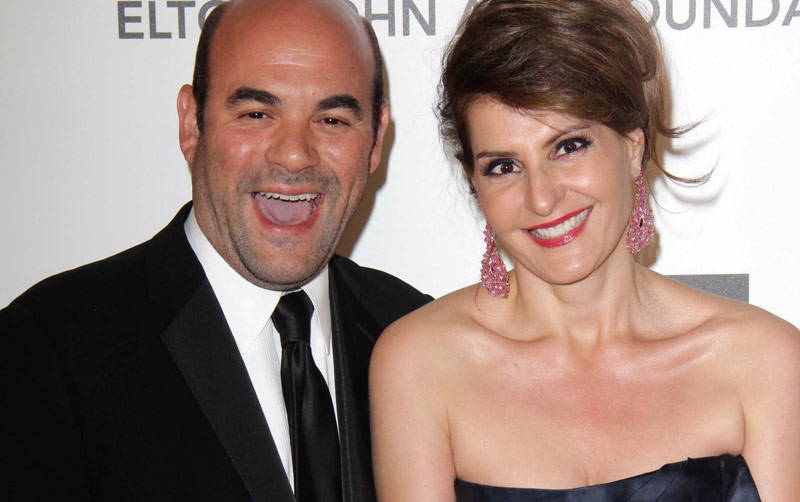 A week after I first reported that Mary Berry would judge an ABC holiday baking competition, ABC released details about the show, which debuts Nov. 30, airing Mondays at 10. (The finale will air Dec. 21.) As I predicted, it’s paired with the two-hour The Great Christmas Light Fight, which airs Mondays at 8.

The four-episode competition will be hosted by My Big Fat Greek Wedding star Nia Vardalos and her husband, Ian Gomez, who may be best known as Andy on Cougar Town or Javier on Felicity.

Most curious is the selection of the other judge: Johnny Iuzzini, the James Beard Award-winning pastry chef who was also head judge on Top Chef: Just Desserts‘ two seasons. (If you forgot that show, here’s the template every single episode seemed to use.) CBS’ version also paired a UK judge, Paul Hollywood, with a younger American chef, and they had plenty of off-screen chemistry, but not as much on-screen chemistry.

The real question is how well Iuzzini will interact with Mary Berry, and how well they’ll get along with the hosts. GBBO is a show that thrives because of the chemistry, charm, and talent of its two hosts and two judges. Casting a not-insanely-famous but talented couple as hosts is inspired, because they will ideally bring built-in rapport to the show.

Finally, Love Productions is producing the show. They’re the production company behind the hit UK series, and also produced the one-season CBS version, The American Baking Competition. Though that show didn’t work as well as the UK series, I still trust them the most to capture what works in the original and do the same thing for US audiences—not Americanize it.

Again, as I wrote before, I think it’s smart of ABC to capitalize on the following The Great British Baking Show has earned this year in the US thanks to PBS’ broadcast of the series. I hope The Great Holiday Baking Show series can capture both that audience and, more importantly, the spirit of the original.