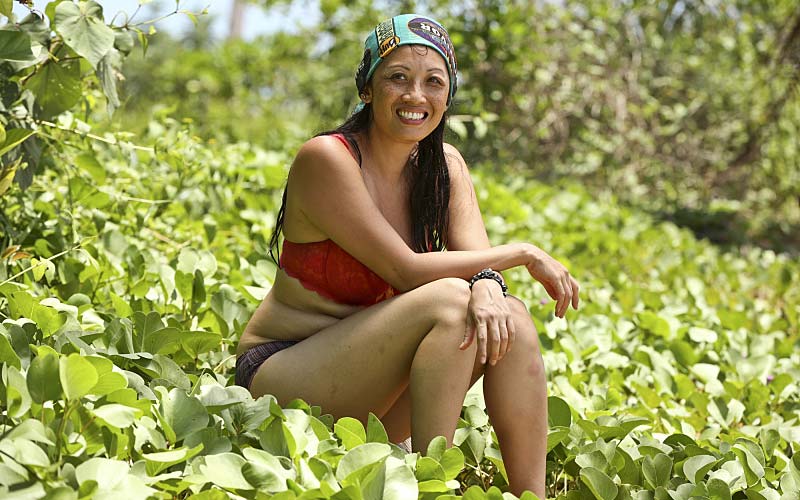 In one of the most infamous accusations in Survivor history, Jeff Probst said Richard Hatch smuggled matches in his anus during Survivor All-Stars, which Hatch denied when I asked him about it. Probst said that incident led to pre-game strip searches of the cast.

Whatever kind of searches take place now—and production does search the contestants’ belongings, in addition to picking out and even buying their clothes for them—they are not overly thorough, because a Survivor Cambodia: Second Chance contestant successfully smuggled fire-making tools onto the show.

Peih-Gee was able to get flint onto the beach, concealed as jewelry. This information comes in Gordon Holmes’ interview with first-off Vytas Baskauskas:

Holmes: Speaking of bracelets, I heard that Peih-Gee had somehow tried to smuggle flint into the game on a piece of jewelry.

Baskauskas: As part of her wardrobe, she’s a  jewelry designer, she had worked flint into a piece of clothing. It was like a decorative adornment. Production didn’t catch it. So, when we hit the beach, she was like, “Hey guys, I have a flint. Let’s make a fire.” Production was like, “Um…nope. You’re not allowed to have that.”

That response from producers make perfect sense, although in the past, several cast members have said fires were lit for them by production yet made to look on television like they started them independently.

By the way, that’s not all Peih-Gee smuggled in. She also had fishing supplies. Jeff Varner wrote on Twitter:

“She smuggled in flint, fishing wire and hooks–all disguised as jewelry. Got confiscated. But I was impressed.”