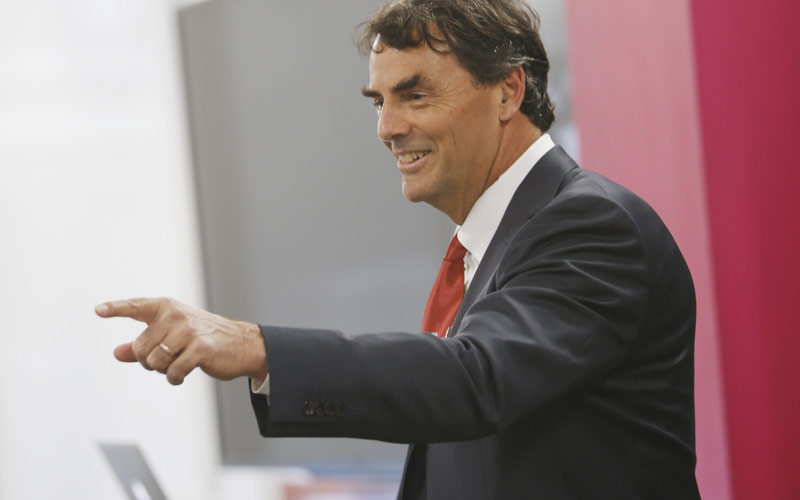 Startup U‘s ratings increased between this week and last week, after an offer from its star to donate $1 million to charity, though the increase was far too small to trigger the donation.

An additional 16,000 viewers watched Tuesday’s episode, increasing the demo rating from a .01 to a .03. The show needed an additional 953,000 viewers for Draper University founder Tim Draper to donate, according to his offer.

Before the show aired yesterday, he listed several charities that would benefit, including The Parkinson’s Institute (“in honor of my mother, who fights this disease”), the “Smith College Women’s business plan competition,” the Addario Lung Cancer Foundation, and the Pancreatic Cancer Action Network.


It’s not clear if Draper’s offer was for live plus same day viewers, or for viewers that watched all week, on demand, or online, too. He has not yet said anything on Twitter or Facebook about the ratings. (Monday, I asked ABC Family to interview him to ask about the specifics of the offer, and never heard back.)

Some reaction to his offer here and elsewhere was negative, because it seemed to some people like a billionaire was making his charity our responsibility as viewers. But even excluding the effect of any backlash, the goal of an increase of almost 1 million viewers was probably too high a bar.