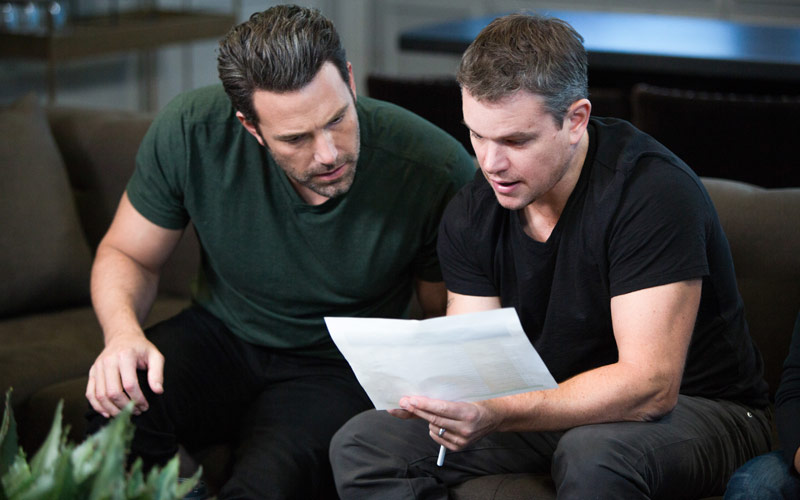 This Sunday, The Great British Baking Show returns to the US, the second season of the UK competition to air on PBS.

A week later, on Sept. 13, a fourth season of Project Greenlight will debut on HBO, 10 years after it went off the air.

Both represented the best of reality television. The question is: Will they live up to their previous seasons? Or is the expectation too high?

Proving that baking can be thrilling

Earlier this year, I fell in love with The Great British Baking Show, which was perfect on every level. The contestants, the judges, the pacing—all were just delightful. It’s everything that a competition should be without all of the trappings that food reality TV shows seem to constantly tumble into.

There wasn’t even any interpersonal nonsense to drag the focus away from their talent, though the pressure they were under to perform certainly generated drama. And the judges—the absolutely sublime Mary Berry and Paul Hollywood—were tough but fair, and never made it about themselves.

I’m ready for more but also slightly worried that it won’t be as magical. PBS’ trailer is mildly concerning and comical, playing up drama and problems. However, I read that entirely as PBS framing it to make it seem more palatable to American audiences who have been force-fed shows like Hell’s Kitchen for so long that they can’t fathom a lack of craziness.

Of course, the lack of craziness was one of the appealing things about The Great British Baking Show, and I don’t expect an earlier season to shift directions so much I’m confusing Mary Berry with Gordon Ramsay.

What we’re about to watch has, of course, already aired elsewhere in the world: The Great British Bake-Off season that will air on PBS is actually the fourth series, which aired last fall in the UK. So, whether its contestants and challenges live up to the fifth season is knowable. I’m looking forward to discovering it for myself.

The drama of filmmaking, on television

Project Greenlight had an interesting history: after two seasons on HBO, it shifted to Bravo, where it lost some of its magic and somewhat succumbed, as Chris Moore later admitted, to the pressure placed on it by other cable reality TV shows. There was also off-camera internal strife that affected it.

The show introduced the world to on-camera talent including Shia LaBeouf and Emile Hirsch, but really it was all about the production and all about how movies are produced. On the series, the creative smashed up against the commercial, and the collision and debris made for excellent television, if not excellent films.

No, the first Project Greenlight did not produce commercially successful movies, but they did produce people who have successful careers, including “Feast” writers Marcus Dunstan and Patrick Melton.

One thing that worked particularly well was that the A-list talent, Matt Damon and Ben Affleck, did not overshadow the new talent. While they will be back, Chris Moore, the show’s antagonist hero, will not, having moved on to produce the terrific Starz series The Chair. (He actually first tried to resurrect Project Greenlight, which HBO only did after The Chair was announced.)

I’m curious how Project Greenlight will respond, if at all, to the aesthetic choices of The Chair (its own filmmaking eclipsed the actual movies) and to the state of unscripted television in 2015. Does it need to be updated, or does the 2005 format work? Does being back on HBO insulate it from the perceived commercial demands? And will it produce a movie that’s commercially successful? That’d be a nice bonus for them, but really these kinds of shows for me are about process, not outcome, and I’m ready to see that play out on screen.