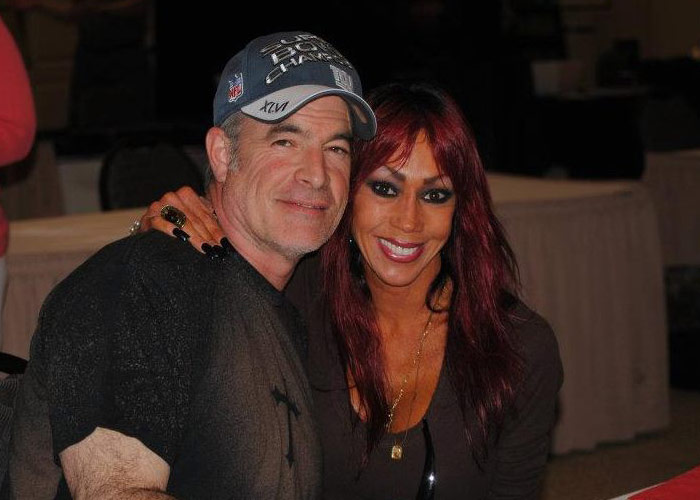 A 2013 photo of Mark and Debby Constantino that Debby posted to Facebook.

A couple who appeared as regulars on Travel Channel’s Ghost Adventures, Mark and Debby Constantino, were found dead yesterday in a Nevada apartment after what appears to be a murder-suicide. Police are investigating another man’s death that may be related.

The AP reports that “Mark Constantino fired at officers who approached the door” and “A SWAT team responding to a hostage situation found their bodies when officers stormed their adult daughter’s apartment near Sparks High School following an hours-long standoff.”

There was “a long history of domestic abuse,” The Reno Gazette Journal reported. Debby received a restraining order last week; the two were getting divorced and were scheduled to appear in court in December.

Debby’s request for an order of protection said “she claimed her husband and their 23-year-old daughter had beaten and strangled her to the point of passing out.” Earlier, the paper reports, in 2012, Mark “filed an order against his wife claiming he was worried she might stab him while she was intoxicated”; this year, “he filed a second order claiming she had tried to stab him, according to the court documents.”

On Facebook, where some people are claiming to have had contact with their ghosts (really), Debby’s final public post said, “The more you love your decisions, the less you need others to love them.” An earlier post said, in part, “Feeling So Very Blessed for the Great Friends Across the Country that have kept me going… And for the People I Now Know…”

On their web site, Mark and Debby described themselves like this:

“We are a husband and wife paranormal research team specializing in EVP (Electronic Voice Phenomena.) We have been married since 1989 and reside in Northern Nevada.