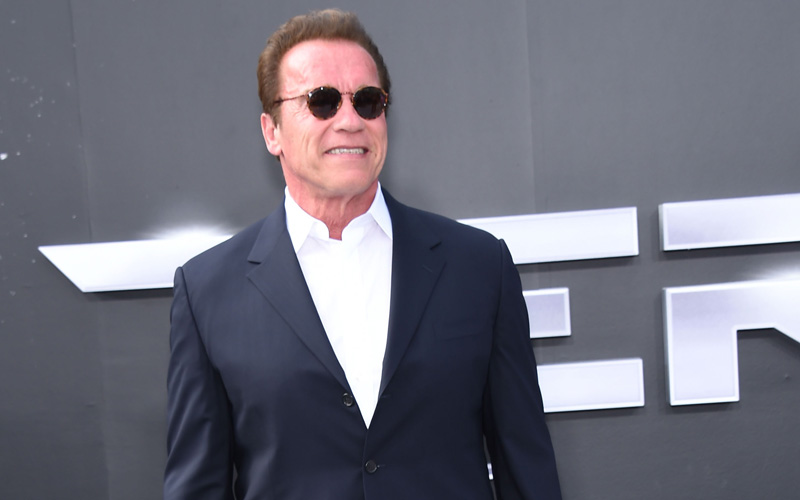 Terminator star and former California governor Arnold Schwarzenegger will replace Donald Trump as host of NBC’s The Celebrity Apprentice. He will bring a “fresh take” to the series.

In a press release, NBC reality executive Paul Telegdy called Arnold “the epitome of a global brand in entertainment and business” and said that “Arnold’s personal passion for the format that Mark Burnett and Donald Trump built over the last decade, as well as his fresh take on how to take it to new heights for today’s audiences, that made him the man to hire.”

After firing Donald Trump in July, NBC said that the show won’t return this television season. But with such an early announcement of the new host, I wonder if they’re looking to bring it back sooner than later. (Update: The press release says that the show will air during the 2016-2017 season.)

In terms of finding an larger-than-life personality to front the show, NBC and Mark Burnett have certainly succeeded here. However, I cannot quite imagine the show with him at its center yet. I’m very curious to hear details on this “fresh take” that Arnold Schwarzenegger had for the show. Re-imagining the show is the right way to go, though, because it’s not going to work to just stick someone else in Trump’s chair.

Update: Arnold tweeted this after the news broke, and Donald Trump congratulated him:

Wow. I’m blown away and honored by all your tweets. I can’t wait to bring my experience to the board room & raise millions for charity.

Congrats to my friend @Schwarzenegger who is doing next season’s Celebrity Apprentice. He’ll be great & will raise lots of $ for charity.