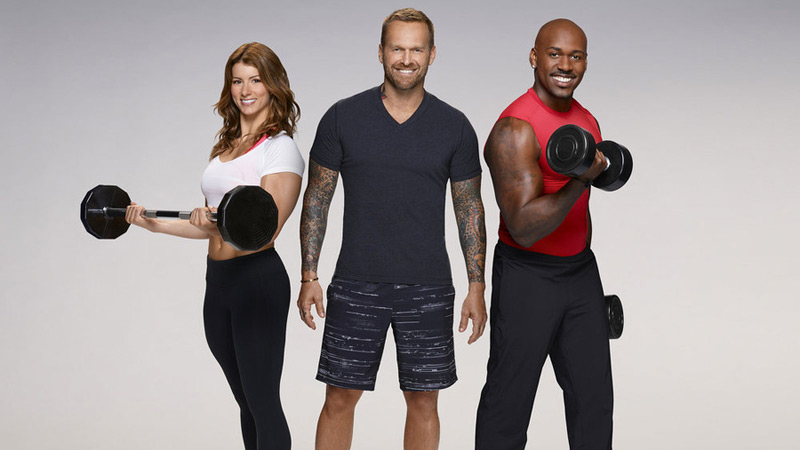 The Biggest Loser‘s longest-serving trainer, Bob Harper, will become the show’s host for season 17, and the NBC reality competition’s newest trainer will leave the show, as the aging show shifts around its parts to see what sticks.

When the show returns, probably next year, Bob Harper will replace Alison Sweeney and host the show. While he won’t be a trainer, NBC says he “will continue to offer his training expertise to contestants,”  which I can only hope includes talking to them about what product placement they should eat but not really but yes smile at the camera while holding up the product, please.

Not in NBC’s Tuesday press release was that, after one season, Jessie Pavelka is out as a trainer. Dolvett Quince and Jennifer Widerstrom are returning.

Of his new role, Bob Harper told People magazine, in an exclusive interview,

“I’m super excited about taking the position of host on The Biggest Loser.”

Yes, that was the entire thing. In NBC’s press release, Bob Harper said,

“I’m super excited about taking the position of host on The Biggest Loser.”

Other changes ahead on The Biggest Loser 17

The press release quote actually goes on, however. Bob/whoever wrote it reveals that there are changes coming:

“I’ve been with the show since season one so I know all of the ins and outs, and let me tell you, the weigh-in room is going to be a completely different ballgame with me at the steering wheel.”

I’m assuming “steering wheel” is a hint and the new weigh-in procedure will involve him chasing the contestants in his car or something equally “motivational” and “uplifting.”

In all seriousness, I think shifting Bob to host is a smart decision, as is cutting back to two trainers. The show has its core audience and a new host could alienate them; Bob is a familiar face who knows the show and its audience.

NBC does promise that there are “[a]dditional creative plans for the new season” in the works, “including compelling new twists in the format.” That’s both promising and worrisome.

The show has been severely criticized by some of its cast members over the years for inspiring unhealthy habits, and has also concluded with sometimes-disturbing weight loss. There’s also the fact that watching the show increases dislike of fat people and demoralizes viewers who need to lose weight.

For sure, there have been positive outcomes, both on the screen and off, but considering its rapidly declining ratings—last season lost about 2 million viewers compared to the previous season—maybe it’s time to shift the approach. I wish it would return to its roots, or go even further back, and become less sensational. It doesn’t need more twists; it needs fewer. Why not go big by dropping the contest and all the unhealthy behaviors it inspires?

Obesity hasn’t exactly gone away in the 11 years the show has been on the air—not that it’s solely responsible for helping people lose weight, or causing people to gain weight, of course—but maybe, just maybe, The Biggest Loser could play a more positive and progressive role during its remaining life on the air.