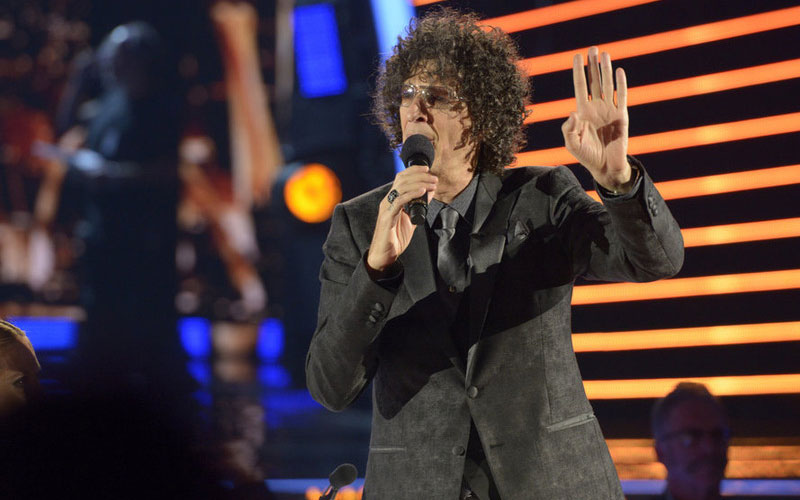 Howard Stern during the America's Got Talent season 10 finale. (Photo by Virginia Sherwood/NBC)

After 10 seasons, America’s Got Talent ended up where it has been before: with a ventriloquist winner. But it has also been places it has never been before, thanks to excellent casting, production design, and judging by Howard Stern, who’s leaving the show.

After 90 minutes of mash-up performances, some more successful than others, the results came in. First the field was cut in half, and then the top five acts were revealed in reverse order:

The order of the bottom five wasn’t revealed. They were:

The finale also included an emotional, biographical clip package for Howard Stern, as the show finally acknowledge that he’s leaving. Howard had nothing but good things to say, praising everyone from the contestants to “the people who work backstage” to NBC to “people at home who’ve been so accepting of me.” He said, “It’s been incredible … the judging panel—we have real chemistry, I love them all. … I’ve really had a great experience. it’s been wonderful.”

Over his four seasons, Howard has become, without question, the show’s best judge. The panel does have strong chemistry—I hear that there’s at least talk of replacing 100 percent of the judging panel for next season as the show moves back to the west coast, though that just may be typical Hollywood chatter—but Howard has been the voice of reason.

Like Simon Cowell before Simon Cowell became insufferable, his critiques mattered, because he was willing to be honest when others weren’t, or at least offered fair criticism of all the acts. In a season with so little chaff, he mattered more than he had before, helping the audience weigh their choices. Howard’s approach seemed to affect and inspire the other judges, who couldn’t just sit back and gush when something wasn’t that great.

During Howard’s first season on AGT, when it was rumored he might leave, I wrote that it didn’t matter: “The problem is that his presence and personality doesn’t change the show at all, either in terms of its ratings or its creative. It’s still a big, loud mess that’s going to end up with a mediocre singer as its winner.”

Yet in the time since then, the show has improved around Howard, especially this season. Besides impressive production values (some of the staging this year was inspired), America’s Got Talent doubled-down on talent. Sure, a lot of these acts were recruited and had experience performing elsewhere, but none have ever had this level of exposure. While the series may have been conceived as an amateur showcase, it is absolutely not America’s Got Amateur Unknown Talent.

The result of casting these acts was a judging panel that came alive, led by Howard Stern and his example, and altogether resulted in a thoroughly entertaining season, probably the show’s best ever.

If NBC really does bring Simon Cowell back to U.S. television to judge this show, even if he does produce it, that’ll be a terrible decision that will probably destroy it creatively. But at least we had a season of America’s Got Talent at its absolute best.