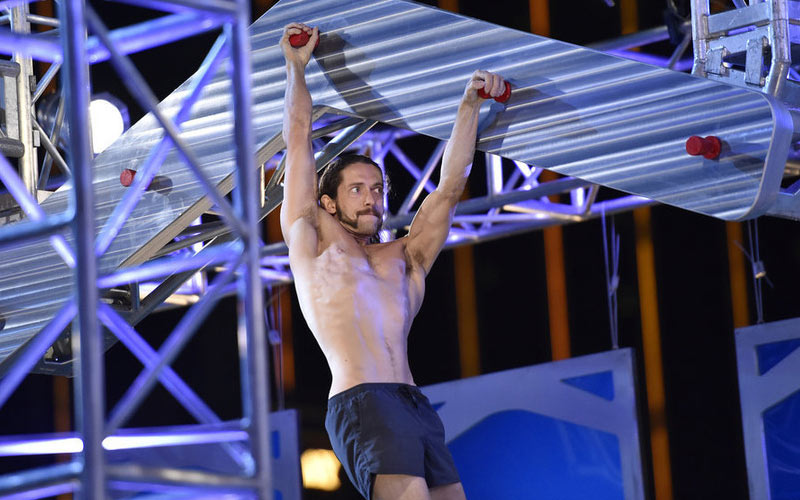 American Ninja Warrior has been on the air for seven seasons and has had more than 3,500 contestants, but it has never yet had a winner—until last night.

During the season-seven finale, Isaac Caldiero became the first person ever to complete stage three and then completed stage four to win $1 million—a prize that increased from $500,000 this season, having never before been awarded.

Back to the part about how it took seven years for anyone to complete stage three, never mind actually win.

That’s almost as insane as the obstacles these superhuman athletes attempt, such as an upside down climbing wall.

Can you imagine this in a pitch meeting? Yeah, it’s such an impossible competition that no one will probably ever win. Also, after one mistake we get rid of the contestant for the rest of the season, but we’ll still spend money filming a clip package and time introducing them.

This one-mistake-and-you’re-out format is brutal. Someone is introduced, we’ll see a 90-second clip package, and 10 seconds later they’ll slip, fall into water, and be out. That’s how tough it is.

For the last four seasons, the final competition has taken place in Las Vegas, on a course that has never once seen anyone reach its fourth stage.

This season, only eight people completed stage two. Even those people who qualify and move on disappear for a large portion of the season, and then usually reappear only to fail on the next stage.

What show more rapidly dispenses with its contestants than American Ninja Warrior?

Still, however brutal it is, this format is also incredibly successful. Last week, it was more popular than Big Brother and America’s Got Talent‘s results show, coming behind only to AGT’s performance episode and football.

Why does it work so well? A few theories:

Whether on NBC or repeats on Esquire, all of this is just there whenever you want it, like a book in the bottom of your beach bag, and that makes American Ninja Warrior the perfect summer series.