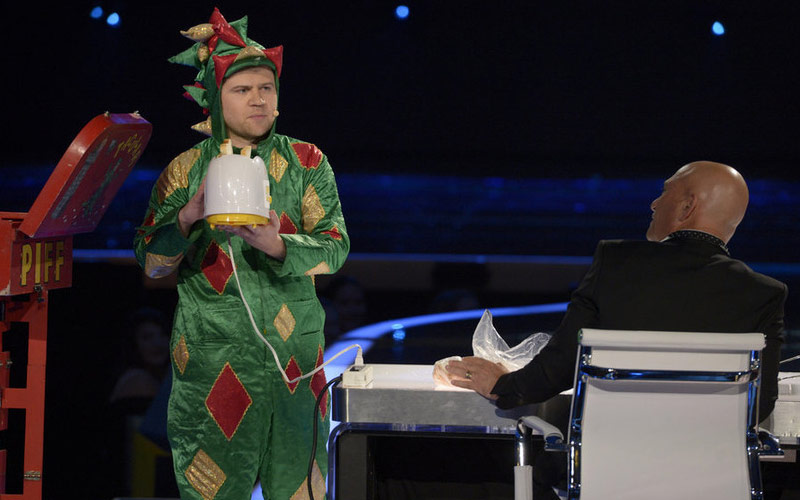 America’s Got Talent has long promised to find the best Las Vegas-worthy act, but has often just discovered forgettable singers. Even when singers didn’t win, other mediocre acts did. The last few seasons have gotten the show out of that rut for the show’s winners, but out of last year’s six finalists, four were singers—four! (At least a magician won, and the acrobats came in third.)

This season has really kicked everything up a few notches, including the staging of the performances, which is great work on the part of the America’s Got Talent production crew at Radio City Music Hall and the show’s previous venues.

The casting department also upped the talent significantly, giving us consistently strong performances throughout the season. Just watch the semi-finalists for a sampling:

Tonight, all of that has resulted in a top 10 that’s both diverse and yet oddly similar, if that is a possible combination. Just look at the finalists, in the order that the show gave them last night:

To lump several of the finalists together and condense their talent into a narrow category, that’s:

Of course, most of the magician/mentalist acts have elements of comedy, so it’s probably unfair to say they are just magicians/mentalists.

I count the regurgitator—and I just cannot believe he has gotten this far with that one-note act—as a magician because he appears more slight-of-mouth than gastrointestinal expertise. And yes, a ventriloquist is different than a comedian.

Overall, though, it’s a pretty decent group. It’s not perfect, and there are acts that have dropped out, especially Siro-A and others like it, that I would have liked to see in the finale. But several of these acts would make solid winners and even better Las Vegas acts, and I hope this season of better-than-usual talent will be capped off with a better-than-usual winner.