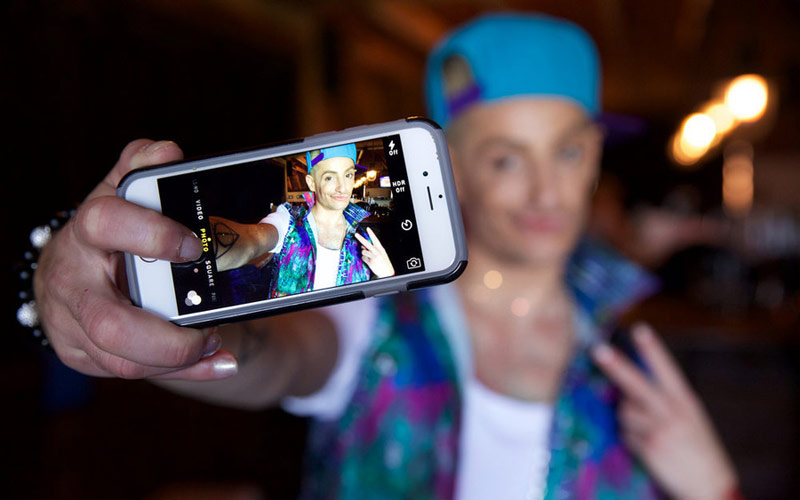 180,000 people watched the half-hour special, according to Nielsen numbers. Those aren’t quite the worst ratings ever, but they are also not good. The show that preceded it, Bad Girls Club, had 561,000 viewers.

I don’t want to crap all over Frankie’s failure, because failure happens. But what’s interesting to me is that this is further evidence that social media following simply does not translate to television viewership.

Although few people watched—just 16.6 percent of Frankie’s Twitter fans tuned in—the show did do well on social media. Nielsen’s Twitter metrics say that it was the third most-tweeted about TV show with 1.67 million impressions, 7,000 unique authors, and 30,000 tweets.

The second most-tweeted about show was NBC’s America’s Got Talent, which had 1.69 million impressions, 15,000 unique authors, and 33,000 tweets. That’s pretty close to the kind of engagement Frankie’s show had.

In other words, there was basically zero correlation between TV viewership and social media 1) following and 2) engagement with these two shows. Frankie has a lot of followers; few of them watched. America’s Got Talent has a lot of viewers; few of them tweeted. A major network TV show got roughly the same Twitter engagement as a tiny cable special.

Earlier this summer, Fox tried a live show that seemed to have all the right elements to draw a massive audience: it was live, feel-good TV with celebrities who have large social media followings. It failed—but not because it’s bad to have those things, but because the marketing didn’t sell it well and the execution was terrible.

Oxygen promoted Frankie’s special by saying it “breaks down the buzziest online posts, tweets and selfies from Instagram, Facebook, Twitter, Tumblr and everything in between,” and would also “Frankie will also craft and execute his own set of extreme social media experiments, outrageous sketches and edgy segments involving viewers from across social media platforms.”

Is that a show people want or need? Is Frankie’s hyper-enthusiasm the right way to present it? Is Oxygen at 9 p.m. against a bunch of other already-successful reality TV the right place for it? Hindsight, of course, tells us no. Oxygen was smart to throw this on as a special, to see if it’d work, and again, I’m all for trying things to see what works.

But it’s absolutely clear that what doesn’t automatically work is taking someone who’s popular on social media and putting them on television, and expecting their followers to actually follow.