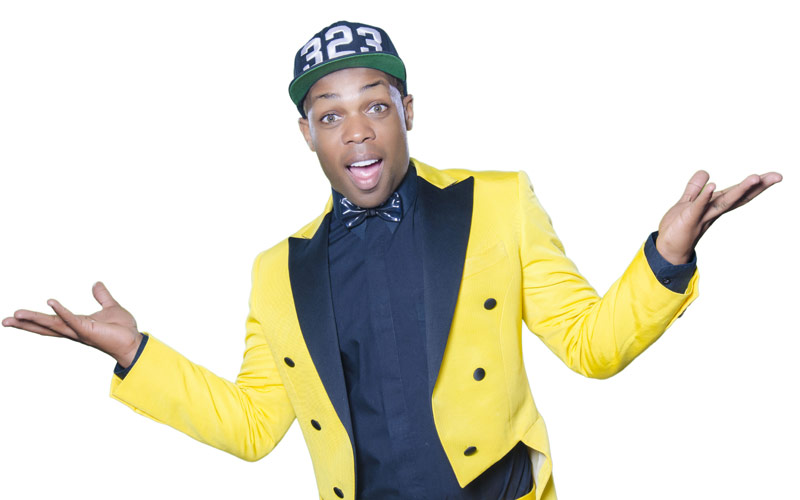 Todrick Hall, who stars on MTV's "Todrick" (Photo by MTV)

Five years ago, Todrick Hall was a finalist on American Idol who made it to the top 16 before being eliminated. Since then, many of the videos he writes, choreographs, and performs in have been watched well over 10 million times—including his safety information video for Virgin America, which features performances and work by a number of reality TV alumni.

Tonight, his new MTV show, also called Todrick, takes his fans behind the scenes of those often-elaborate videos he constantly creates.

The MTV series may seek to capitalize on his popularity, though that is far from guaranteed. However, they’re being strategic: his new videos won’t be released until after the episode airs, so his fans will get their first glimpse on television. “We want people to follow the journey and see the finished product after it’s over, and I feel like that would kind of ruin the point—why would they want to watch it after the fact?” he told me.

But Todrick immediately added that “some people will, though. I hope it feeds some people that are just on my YouTube channel that aren’t watching MTV, I’m hoping they go back and watch that episode online or on television on a rerun, and then join us next week. … I’m hoping it all ends up feeding each other.”

Many of his videos are elaborate productions, rivaling or besting what Glee did every week, and they can be cameo-heavy—just try to count the people and reality TV stars who appear in this video below.

But, Todrick told me, “No one really knows the work behind it. So when Scooter Braun [Justin Bieber’s manager] found me and asked me what I wanted to do, I said, I would love to show the world what I do. Like, behind the scenes, have a reality show about that—that’s not about people drinking and fighting with drama. I don’t want it to be any of that. I want it to be an uplifiting, inspirational, comedic show that people watch it and they learn something from it, and they laugh, and they cry, and they come inspired to go and change their lives.”

While Todrick said that he “thought about producing it myself if no one picked it up,” several networks were interested in the show, and MTV felt like the best fit.

Todrick told me that having cameras following his camera, crew, and performers didn’t affect his process. “It doesn’t really change or affect anything,” he said. “We’re so busy shooting the videos that we don’t even have time to think about the fact that the cameras are there, and they don’t force us to have drama that’s not there. They follow whatever is happening.”

The nature of the show and his reputation has made the process easier, though: “People are really open to allowing us to come in and film things without having to go through all the red tape we would normally have to go through, which has been awesome and such a huge blessing for us.”

Fans who are tougher than Simon Cowell

But that demand for his content isn’t a source of duress. “I don’t feel pressured; I just get excited and I don’t want them to have to wait very long,” he said.

Todrick understands the relationship because he’s been the fan watching someone on YouTube. “I personally felt, when Justin Bieber made it, this is so awesome, because I was one of the millions of people who shared a video of him,” Todrick told me. “I think that’s something that makes people be 10 times more connected to you than someone you just see pop up on television every day.”

Those who watch and share his videos are not just his fans, but they’re also his critics—and their criticism is useful to Todrick as an artist. “They’re the best critics ever. You think Simon [Cowell] was bad, being on the Internet, they will tell you exactly what they think,” he said. “After a while, you kind of get immune to negative comments. There was a while when I wanted to defend myself, but then I realized, it doesn’t bother me. I go there for constructive criticism.”

The eight-episode season completed production by the time Todrick came to the Television Critics Association press tour in July to promote it. “It’s just been an awesome, awesome experience and I just hope that everyone loves it,” he told me. “There’s so many negative things happening on television all the time, and in the news, and social media. I’m so happy that people are applauding what’s happening with Caitlyn Jenner and people are starting to be more and more open-minded. And I think this show will only strengthen the minds of those people who have not have yet found a way or an avenue to fully accept people in the LGBT community.”

He also hopes it will inspire more creation. “A lot of kids will get up and go chase their dreams from watching this show, and that’s the coolest part of it,” Todrick said. “That’s why you move to L.A. to be an artist, ultimately: you want to change people’s lives.”