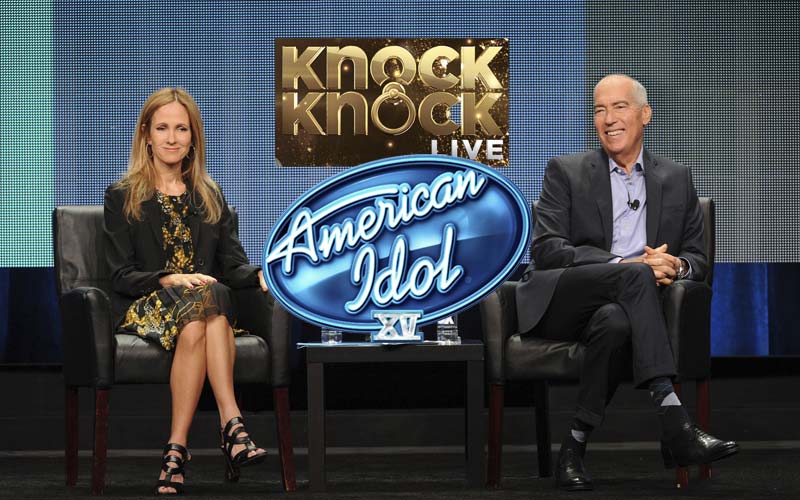 Inspired by this brief Twitter exchange with USA TODAY critic Robert Bianco, here are some things they said, and my translations.

“They [Fremantle] definitely view this as a farewell season, like a farewell tour of a great performing act.”

Translation: American Idol is an atrophying, dying rock star trying to get a few more cents out of its remaining fans.

“We’ve talked a lot about how we are going to celebrate the show, special guest appearances, things that will happen throughout the season, that will remind everyone of the great history of this show.”

Translation: Maybe nostalgia will get people to tune back in.

“Not just for our network, but also for television, that it was, sort of, the granddaddy of these performance shows.”

Translation: Idol is old, in case you forgot.

“The producers feel very committed to finding the 15th American Idol and not letting the search for that Idol be lost in the celebratory elements of the show.”

Translation: Yeah, we’ll have to have some contestants, probably.

“But I’m sure you can guess some of what we are trying to achieve.”

Translation: We want to avoid total ratings collapse while squeezing out a few more dollars from Idol’s rotting corpse.

“Knock Knock, we really liked the show. We love Ryan. Obviously, Simon Fuller is a great partner of ours.”

“We thought it was a big idea to do a totally live show. It felt original. It felt consistent with what we are trying to achieve on the unscripted side in terms of being original and distinctive.”

Translation: Fox is in such a rough place right now that a live program with no discernible format or narrative counts as “original and distinctive.”

“I think, particularly Knock Knock, which is a little bit easier to talk about since we were there for the development and scheduling of it, it just was missing somehow a little bit of that FOX DNA. We liked the fact that it was family friendly, it was aspirational, but it just didn’t feel distinctive enough for our era.”

“Summer, as you know, is a very hard time to launch a new show, and we found ourselves on the marketing side without any assets to show the audience. Because of the live nature of the show, it was very hard to explain to the audience what the show was going to be.”

Translation: We rushed this show to air so fast, you have no idea.

“Looking back, I probably would have scheduled that show in a different time of the year where there was more circulation on our air, and there would have been the possibility to tease something more sufficiently. But it was a challenging time. It clearly didn’t resonate with our viewers, and we decided pretty quickly with our producers that it just wasn’t working.”

Translation: Can we just blame summer? Will that work?

“We are ramping up on the reality side, on our drama side. We’ve got scripted comedies. Our entire development slate is ramping up towards not having American Idol.”

“We think that our reality shows need to be as unique and bold and specific as our scripted shows are.”