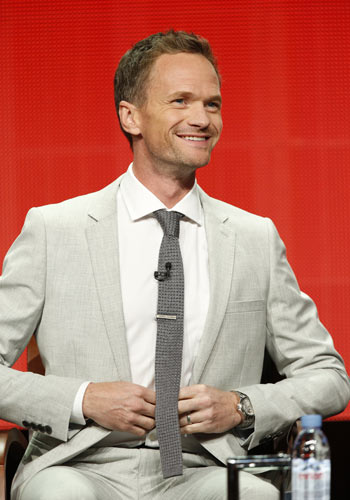 Neil Patrick Harris, host of NBC’s upcoming live variety talk show Best Time Ever, had thoughts about reality television, and managed to describe what’s wrong with the genre. Or one thing, at least. Here it is; the emphasis is mine:

“I tell you I love the two sort of tenets that I hold in my life most dear are creativity and authenticity. Like, I love when those two can combine. So I love creative stuff, and I love when people do interesting stuff. But in the nonscripted world, the authenticity element tends to sometimes be not real in reality TV. You have audiences that are encouraged to applaud wildly if they’re not feeling it. You have people who are asked to cry because they’re getting broken up on camera. I think we’re in a world where you’re not sure what’s real and what’s not.”

Yes, there it is in those eight words: “you’re not sure what’s real and what’s not.”

For a genre that calls itself “reality” or “unscripted,” that’s a problem. (There is, of course, a difference between being real and being produced; a show can be very real and yet produced as television at the same time.)

Anyway, when NPH went to the UK to be a guest on Ant & Dec’s Saturday Night Takeaway, the show that is giving Best Time Ever its format. Harris said that, as a result of his skepticism about unscripted TV:

“I had a lot of questions for them about the authenticity of these people. Like when you go into the audience and pull someone up and they look surprised because they don’t realize that they’re I kept saying, ‘Are they really surprised? Have they been briefed on this? Do they know what’s happening?’ And they don’t know. We’re going out of our way to make sure that people don’t know things. And the audience is a participant within the show. I’m not the host of this show to perform for an audience. I’m sort of the host of this show to show you, as an audience, these cool things that we’re doing, that we’ve done that you’re going to be a part of. So it’s more inclusive of the crowd. So that impressed me, that it was so legitimate, that those reactions were real.”

Because there are similar elements to the cancelled Knock Knock Live, he was asked about that, too:

Correction: This story’s headline and body originally said “nine words,” but there were only eight words in the part of NPH’s statement that I was referring to. I regret my inability to do math.