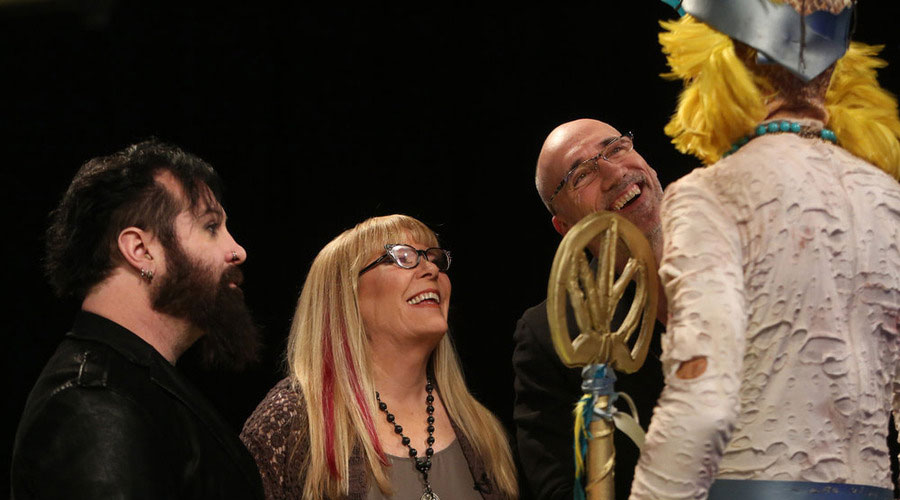 Face Off judges Glenn Hetrick, Ve Neill, and Neville Page laugh at the scariest makeup ever. (Photo by Jordin Althaus/Syfy)

A very interesting Face Off challenge led to the most disastrously comic makeups that I can remember. Pairs of artists randomly chose a gate, and created both the gatekeeper and the creature being guarded by the gatekeeper. (The foundation challenge—creating characters using Rorschach inkblots as inspiration—was also inspired.)

Jason described his gatekeeper character as “a shaman from the Mayan culture, and he was turned into a snake.” It kind of looked like ET in drag: 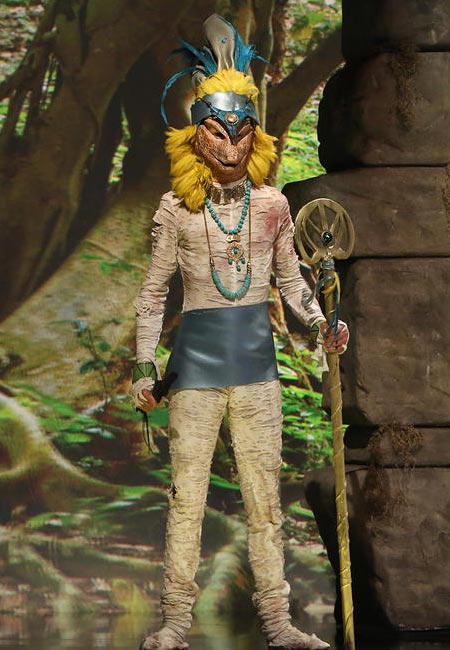 What is that?! I think the feathers and the clothes, if you can call them that, creep me out the most.

Ve Neill told Jason, “When your yellow-haired person came out over here, it looked like a teenage girl lizard going to a rave, and I thought, ‘That is so goofy looking.” Neville Page called it “pretty nasty” and “comical,” and Glenn Hetrick said it “feels very Land of the Lost to me–it has that kids’ show feel.”

But the best description came during deliberation, when Glenn said, “That’s what panic looks like as a three-dimensional makeup.”

Yes it is: Because of problems he had, Jason didn’t even have the mask applied when going into last looks, so it was entirely last minute. Still, someone else went home—Libby, because of the problems with the anatomy on her sculpture. I don’t quite know how anything could be worse, but I guess the judges chose to keep the laughs coming.