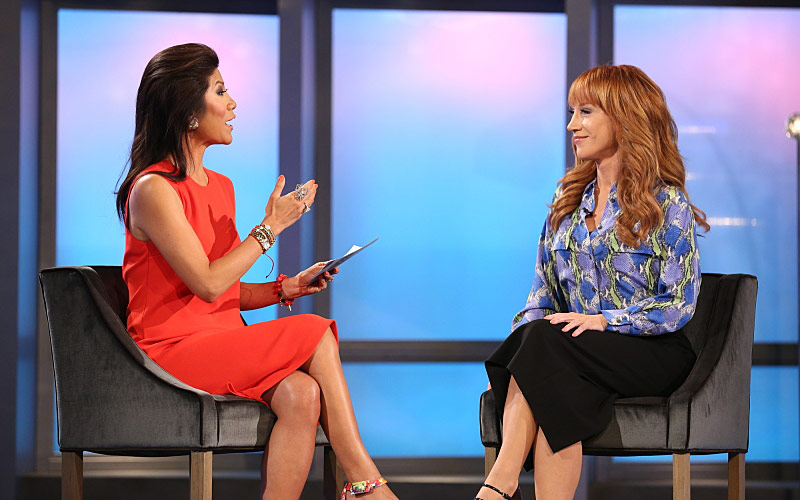 Julie Chen explained why BB Takeover, which featured Kathy Griffin in week two, was dropped from the show. (Photo by Monty Brinton/CBS)

On the first episode of Big Brother 17, in the very first 22 seconds, Julie Chen said this season would feature “a brand-new twist that is sure to keep everyone on their toes and scrambling all summer long.” That twist: BB Takeover.

CBS said the twist would “feature a surprise guest each week who will appear on the show to announce a new twist into the game” and there will be “ever-changing twists that shake up life inside the house on a weekly basis.”

It technically ended after three weeks but really it was over after two weeks; Gronk’s week was more of a theme than a twist. And Phil Keoghan’s week-one twist–adding two former Amazing Race cast members and giving immunity to those who sat out the first challenge–didn’t add much. Only Kathy Griffin‘s week managed to live up to the promise of BB Takeover, with her twist granting someone real power.

So where did BB Takeover go? Why did it disappear with no notice?

I spoke briefly to Julie Chen this evening at CBS’ TCA event for journalists, and she told me that the twist was axed because there were more interesting things happening, including the twin twist.

“We had so much going on, it was better to focus on the pure game–because the game is genius–and the twin twist. You don’t want to give the viewers too much to balance out between, ‘Oh, the power of veto. Oh the double HOHs.’ There was enough going on. You have to clean up a little bit. Pure game.”

Based on what was happening on the live feeds early on, that seems to be a smart choice. And I’d absolutely prefer a season with no twists to one with an overload of twists; I just want to see people play the game. Alas, the television show rarely reflected the drama and intrigue of that “pure game,” instead sticking to its rigid formula and fluffy things.

So how does Julie feel about this season overall?

“How I feel about every season. Every season is like a brand-new relationship. It’s exciting, it’s frustrating, it’s lovely, it’s a roller coaster of emotion, and no two seasons are alike just like no two relationships are alike.”