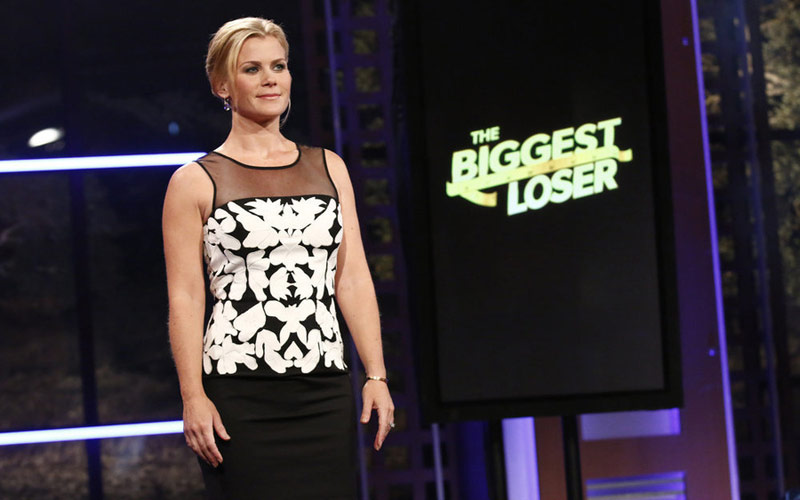 The Biggest Loser host Alison Sweeney, back before she was no longer host. (Photo by Justin Lubin/NBC)

Alison Sweeney, who has hosted of NBC’s The Biggest Loser since season four, is leaving the show after eight years of watching that fake scale. (Sweeney replaced Caroline Rhea, who hosted seasons one to three.)

“After an incredible run together, Alison Sweeney will not be returning as host of ‘The Biggest Loser’ next season.”

That is all we know, and that is why every single media outlet has written basically the same story, as I just did.

But why is she exiting? Clearly, no one knows anything right now. I’m wondering: