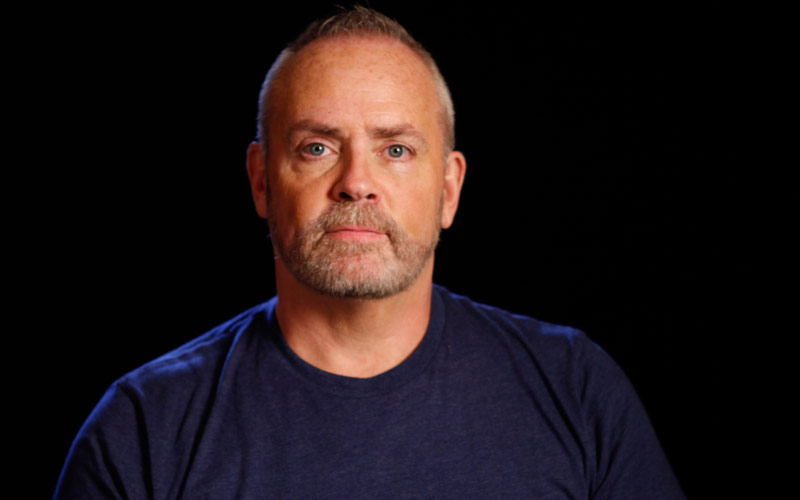 National Geographic Channel’s overview-of-a-decade series The 2000s: A New Reality, which debuts at 9 p.m. tonight and concludes Monday, covers a lot of ground. It’s a little discordant; tonight’s episode switches from the DC sniper shootings to The Osbournes to Enron. First, though, after exploring hanging chad and the election of George W. Bush, it goes on to Survivor, “the megahit that created a revolution in television,” as narrator Rob Lowe says.

The special includes talking heads from Dick Cheney to Perez Hilton (ugh), Michael Moore to Bill O’Reilly–and also Survivor Borneo‘s winner and runners up, Richard Hatch and Kelly Wiglesworth, who briefly recap the season that changed television. The part about the CBS reality show includes weird claims like “hackers attempt to steal the results…producers foil them with false clues” (probably a reference to this, but still, a weird way to phrase it.)

On Friday, I talked to Richard about the special and about still being connected to the show 15 years later.

“I had a sense that Survivor the show was a really unique series and that people were going to respond to it,” but “there’s no way anyone could have predicted” its longevity, he told me. “I’m surprised by the pathway that I’ve followed, the journey that I’ve been on.”

That journey includes, as NatGeo points out via on-screen text, that Richard “fails to declare his winnings and in 2006 is jailed for tax evasion.” Despite his time in prison and the other negativity that followed his win, Richard talks about the show fondly.

“I love Survivor–always have,” he said. “But the show isn’t connected and really related to the reality of the producers are, who the company CBS is, so those are different things. I’ve really been harmed by some choices that individuals have made and that’s something interesting I’ve learned in the 2000s decade, that money really impacts who people are, and if you don’t have it, then you’re at the whim of bigotry and corruption and greed.”

But he says that without a hint of bitterness in his voice (really). “I love Survivor, I’m glad to be a part of the show, I’m happy to be connected to the fans who understand what the show is about, and life is good,” he told me.

I asked Richard about allegations that recently resurfaced in a Facebook conversation he had with Dirk, but which he’s discussed for some time (I reported about as far back as 2006). But I wanted to know more than the general allegation, so I asked him for specifics.

“She was being fed the entire time, throughout the show, and she shared that food with Sue Hawk. The specifics are clear. It’s not me, everybody knows them. All the producers, everybody there understood what was happening when I stopped production. I refused to continue as soon as I found out about it,” Richard said. “I went immediately to Jeff Probst, and he was infuriated as was I, and promised that it would be taken care of. It wasn’t. It took more time than I was comfortable with, and so I had to refuse to continue, at which time production was shut down and the executive producers showed up to work through it.”

This happened “late in the game,” he said. “I was laying by the fire, and I guess Kelly and this part of production thought I was asleep, and I watched him hand her food. I was shocked and confronted them and I followed her after that, and found more.”

Surprisingly, he said it actually contributed to Sue and Kelly’s famous falling-out, which concluded with the memorable snake and rat speech at the final Tribal Council.

“Eventually it led to Kelly and Sue’s kind of split of anger, and Sue giving me a letter in which Kelly had tried to bring Sue back into her alliance against me, and in the letter, Kelly tried to use the fact that she’d been feeding her [Sue] the whole game: ‘I fed you this whole game, I’ve given you the food that I’ve gotten from production’–all in writing. Sue was just so angry with Kelly, she gave me the letter so I could prove to Mark Burnett that it was going on,” he said.

“I was the whistleblower; I was treated awfully, and yelled at, as were Sue and Kelly and everybody else by the good cop, bad cop approach they took with us. When they found out I had proof, it changed a little bit, and the people involved were supposedly removed from the beach.”

How Richard feels about Kelly now

Richard isn’t mad at Kelly for taking food from the person who gave it to her, but he clearly still upset about what happened later.

“That’s a stupid game and she was a young kid and I have some compassion for her having made a really bad mistake–a breach of ethics, I think, within the game. It just wasn’t part of the rules,” he said. “But when the game is over, and I’m in court, and I’m in prison, and she’s giving interviews saying ‘I don’t know what he’s talking about; how could you cheat on Survivor?’–that went beyond that for me. She’s never apologized to this day.”

“Survivor doesn’t allow quitters to return. It’s pretty fascinating to me that they’ve allowed a cheater that everyone–from Les Moonves, with whom I’ve personally engaged about Kelly’s cheating, to Mark Burnett, with whom I’ve personally engaged–everyone known she cheated and yet she’s been brought back on. And I’ve been allowed to suffer consequences that were
unthinkable,” he said. “They know damn well I didn’t ever attempt to evade any taxes, and they know exactly what the confusion was. But their lawyers prevented them from being involved in helping me in ways that they should have, by having taken their responsibility for what that was. Instead they just allowed me to go to prison for something I didn’t do.”

Richard Hatch on the match-smuggling incident

Richard seems to know that nothing will come of that any more. “I reported them to the FCC. It’s not anything I’ve kept secret. I reported them repeatedly to the FCC over a number of years, and I have records of all that,” he said. “It’s sad that there’s been nobody held accountable, and clearly there won’t be, and I’ll be perceived as however I’m perceived, inaccurately. And that’s okay.”

When Richard made these claims again on Facebook and even at NatGeo’s premiere for The 2000s, they were greeted with some skepticism. Or a lot of skepticism.

One thing people often bring up is that he later cheated, citing fellow contestants’ and Jeff Probst’s accusation that Richard smuggled matches. I actually read Jeff Probst’s version of this to Richard, because he hadn’t heard it specifically. Probst said:

“They are not allowed to bring anything. We strip search everybody–literally. Because when we did an all-star season, a guy put matches in a little container up his bum. We were watching Richard who is our most infamous survivor of all time. He is now in prison for not paying his taxes on the cash prize that he won on the show.

We decided to make it really hard and not give him flint for six days. Richard was like, ‘I am not really worried.’ Our producers said, ‘It’s weird.’ Suddenly his group had fire. I don’t remember who it was but somebody tracked it down and found this little vial. So we now strip search everyone.”

Here’s Richard’s response: “He still doesn’t say I brought it in, and I didn’t. Who knows what he’s referring to there, but it’s fascinating that he’s talking about knowing that I’m in prison for not paying my taxes when he and I have talked about that so many times–and he’s literally apologized on-air because he knows that’s not true. I confronted him after he made some snarky remark on Live with Regis, and he literally apologized. He went back on air, apologized, said, ‘I’m so sorry that I said it that way; I shouldn’t have.’ But he’s also told me he can’t be very involved with me because CBS will take it out on him.”

He continued: “It’s rumor, it’s been interesting timing as to when it was brought up. I didn’t cheat in all-stars. There was no fire made from anything anybody brought in, so the concoction of the idea that that’s somehow equivalent, or that that happened, let’s just say–it’s just another interesting tidbit, something that I look at as part of the length people in positions of power will go to abuse a whistleblower.”

Producing TV, going back to school

On the possibility of returning to reality TV one day, Richard told me, “there’s no hope or desire–it’s something that I enjoy.” While he said “I haven’t gone into reality television as a means to living my life,” he said, “I’d love to do the Amazing Race” and would go back on Survivor if he was asked.

But he has other things going on now.

“I’m also writing a book about truth called Reality Matters, and I’m applying to Brown’s doctoral program this fall, and I’m producing television–I’m producing it so far without being paid for it by anyone, but we have some great ideas and we have a production company that’s put together some interesting material, so perhaps something will be picked up,” he told me.

As to graduate school, he’s applying to brown to try to get a PhD in philosophy, which ties in with the book he’s writing. “I wrote every day in prison; I’m fascinated by how confident we humans become in what we believe, regardless of how divergent that is from what is true.”

Richard said, “my premise is that truth does exist, and that it matters–reality matters, and I’m exploring that in a book. “That’s what motivates me, is learning. Who knows where it will go?”

Today, though, 15 years after that first season of Survivor and his actual game-changing strategy was influencing all reality television to come, Richard is doing what a lot of other people are doing.

“It’s also summer here in Newport, Rhode Island,” he said, “so I’m on the water, I’m under the water. I’m playing with my dogs. I’m writing.”