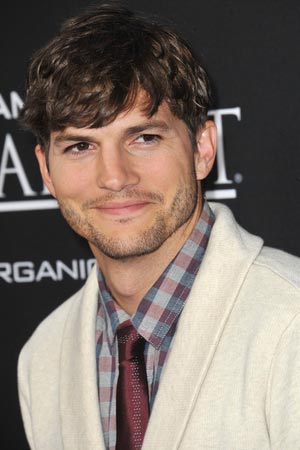 Shark Tank guest shark Ashton Kutcher at the premiere of “Jobs” in 2013. (Photo by Featureflash / Shutterstock)

Kutcher is the most recognizable, of course, but besides acting, he’s invested in tech companies such as Airbnb and Shazam. Sacca is a well-known billionaire tech investor who was an early partner in startups that include Twitter, Uber, and Instagram. And Carter is a talent manager who founded Atom Factory and represents Lady Gaga, John Legend, and Meghan Trainor, among others.

Here are the full bios for the three guests from ABC:

Troy Carter — A living story of beats, bytes and big ideas, Carter brings 20 years of experience in music, tech and entertainment to the art of the hustle as a founder of entertainment company Atom Factory and tech outlet Smashd.co. An early stage investor, Troy will launch SMASHD LABS startup accelerator in the fall of 2015 and maintains a portfolio of 70+ holdings including Uber, Spotify, DropBox, and Warby Parker. In addition, he is a self-accomplished talent manager for John Legend, Miguel and Meghan Trainor.

Chris Sacca – One of the youngest self-made billionaires in the United States today, Sacca is the founder and chairman of Lowercase Capital, reported to be one of the most successful venture funds in history. A former Google executive, Sacca is now best known for being among the earliest and largest investors in companies such as Twitter, Uber, Instagram, and Kickstarter. His impact in the realms of technology and entrepreneurship led the Wall Street Journal to once cite Sacca as “possibly the most influential businessman in America.” In parallel with his investing accomplishments, Sacca is a very active supporter of charity: water (https://www.charitywater.org/), working hands-on to bring clean water to the world’s poorest families.