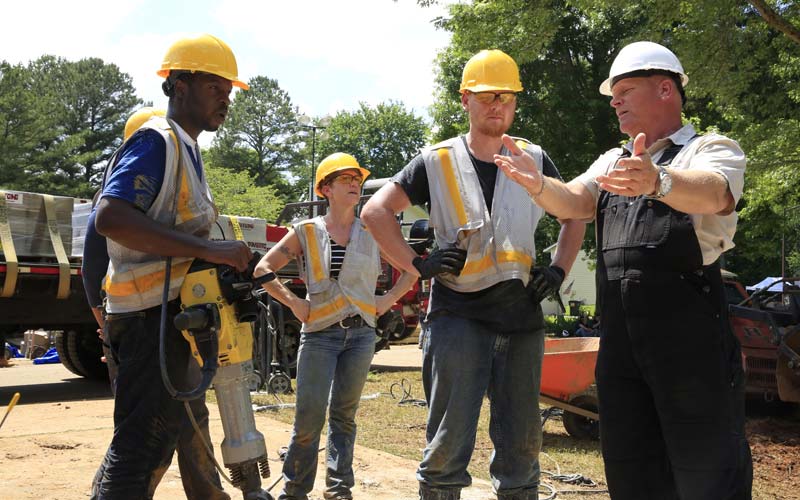 The newest home renovation competition show debuted on Fox tonight, and Home Free was everything I want out of that kind of show—and everything that Knock Knock Live should have delivered but did not.

At their core, the shows are similar. Each one surprises people with a major, life-changing prize. But Home Free managed to surprise even me with its twist and just how well it worked.

Host Mike Holmes told the contestants that the houses they’re renovating each week will be given to families in need. But what we know and they don’t is that the losing contestants get that house.

It’s a great, feel-good twist—and the reveal was so much fun. After the safe contestants were driven off in a bus, the losing couple went inside the house. They were told that they’d meet the deserving family the house had been built for, and quickly learned that family was them. It was a terrific fake-out, genuinely emotional and, thanks to their reaction, also hilarious.

That’s how you do something for people on television and entertain at the same time. It’s not patronizing or insulting, nor does it manipulate its cast. More significantly, there’s a lot more to the show than the giveaway.

What about the work?

The other elements of Home Free came together well. Even the product integration worked: I love that they live on the job site, in these amazing trailers, and I also want one of those trailers immediately.

The episode opened with a challenge that, in the first episode, connected to the renovation because it involved emptying the pool. The winning couple chose teams, and Mike Holmes got a chance to observe the teams’ skills and teammwork or lack thereof. I didn’t quite understand the other element, when Mike Holmes pulled some teams aside to do different projects. Was he just testing people?

As a fan of shows like Trading Spaces and Design Star, I like watching the process of renovation and design. I even watched all of American Dream Builders on NBC last year, which was very similar except it featured professionals and focused on their interpersonal drama and their often-amazing work.

Home Free literally fast-forwarded over most of the work, and even when it slowed down, it switched between couples and projects so fast it was hard to keep track.

I wanted to know more about the actual work, and how they were assigned tasks and supervised. Who else helps? Who picked all the finishing touches? Did the contestants just implement someone else’s plans? How much time did they actually spend on the house?

I want to know so much! And with shows like Extreme Makeover: Home Edition having been successful at including all that in an hour, I know it can be done. Perhaps as the contestant pool shrinks, there will be more time for answers.

Even without that, Home Free has hooked me with its twist and weekly reveal. I’m also amazed that within 24 hours, Fox aired this summer’s best and worst example of feel-good reality TV.