I’ve now watched every single episode of Big Brother 17, and I can barely summon the enthusiasm to write about it. Yet there seems to be a lot going on. What is happening with the TV show this summer?

So far, the twists have fallen flat (Da’Vonne did nullify three votes, but the herd mentality in the house ensured that had no effect), and the producers are not doing a good job of teasing future ones. All we know this week is that there will be no have-nots, which is something that should be ditched anyway because it rarely plays any role in the actual game. 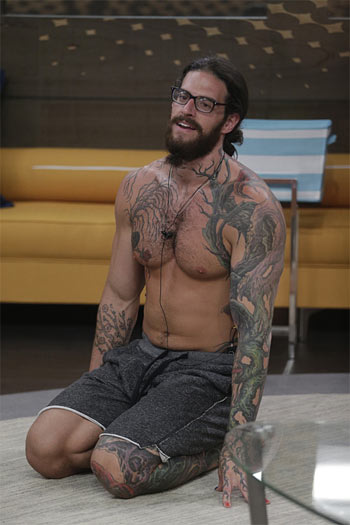 There’s also a lot of the same note: people convincing someone to be a pawn, back-dooring, et cetera. The format guarantees some drama, but it also locks strategy into a fairly predictable series of paths.

Perhaps the most exciting thing that’s happened so far on TV is the audio cutting out for a considerable period of time during last week’s live show. All we could hear was Julie Chen saying, “I have no programming in my ear.”

Thursday’s episode did include two intriguing things: One, that Da’Vonne figured out Liz and Julia are twins who are switching, and cluing the rest of the house in to that. They now seem to know the difference between the twins based on their weight (“that’s thick-ums,” Da’Vonne said when she was shown video of the two together). Yet there was no consequence presented; apparently the show isn’t ready to reveal the truth yet.

Meanwhile, after she was evicted, Da’Vonne told Julie Chen that Meg was nominated as a pawn instead of Audrey because the house is scared to go after Audrey “because of who she is.” Julie Chen confirmed that this meant Audrey’s status as the first transgender houseguest makes everyone else worried about targeting her.

If that’s true, that’s an interesting storyline that’s being ignored on TV. What’s clear is that the three episodes could use some additional intrigue and drama, because they have been remarkably boring. And now we have someone as one of the two HOHs who said while voting that he has no idea what’s happening in the house.

Feedsters have all the fun

This is in great contrast to what is apparently going down on the feeds all the time. I wrote about this for HitFix, how I’m jealous of feed watchers, because they seem to be having all the fun this year.

This is somewhat inevitable, as Hamsterwatch wrote about. Compressing everything that happens into three hours means a lot will be lost.

I do wonder how much of it is because of the weird schedule that the show’s locked itself into. Typically, after Thursday’s live show and HOH competition, nominations and the battle of the block competition both take place on Friday, followed by the veto competition on Saturday, and the veto meeting on Monday.

Besides the fact that rushes the game and gives the co-HOHs less than a day to stir things up, it also leads to this TV schedule:

By adhering to that template–which is understandable considering how little time the producers and editors have to turn around shows to air–maybe we’re getting one-note episodes that don’t really have the time, space, or ability to dive into whatever the feedsters are so excited about. Or maybe it’s just that the TV show plays to the lowest common denominator to draw the largest number of viewers.

Either way, the start of this season may have been the best ever for feedsters, but it’s pretty dull for those of us who just watch on television.