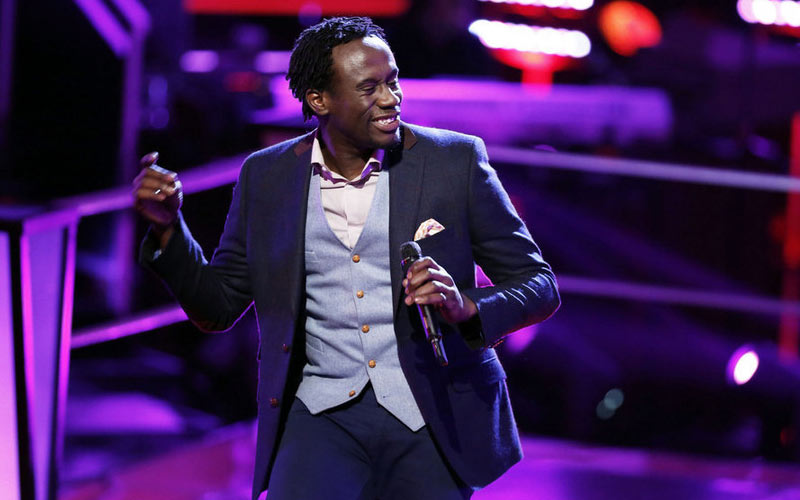 The Voice contestant Anthony Riley during the battle round. (Photo by Tyler Golden/NBC)

Anthony Riley, a contestant on The Voice season 8 who dropped out after winning his first battle round, died from suicide on Friday. He was 28.

Anthony was on Pharrell Williams’ team, and left the show for what it only described as for “personal reasons.”After a “disgruntled former manager” tweeted from Anthony’s account and made other false claims, Anthony disclosed that he went to rehab in Philadelphia, where he’s from, for substance abuse.

Battle round episodes aren’t broadcast live, and The Philadelphia Inquirer reported that by the time the episode aired, “he had completed the rehabilitation program and was working on an album.” Anthony told the paper then that “it’s tough, because everyone’s just finding out and I’ve been moving forward.”

In Philadelphia, he was a well-known street performer. He was arrested in 2007 for singing, but later sued the city and won $27,500.

If you or someone you know needs help, call the National Suicide Prevention Lifeline any time: (800) 273-8255.