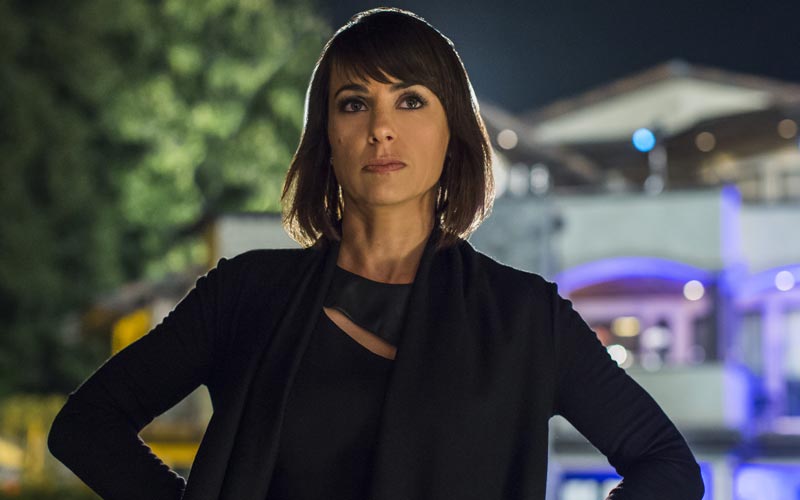 Constance Zimmer as Quinn, the producer of a Bachelor-like show on Lifetime's UnREAL. (Photo by James Dittiger/Lifetime)

The premiere and three more episodes of Lifetime’s UnReal are now all online. That’s almost half of the 10-episode series that premiered last Monday and continues tonight at 10 p.m. ET.

As I wrote in my review, it’s not so much a satire of The Bachelor and The Bachelorette as it is a documentary in scripted form. If you want to know how your fantasy reality is made, how people are ground up for your entertainment, UnReal is a highly entertaining way to learn.

Full episodes are on Lifetime’s site.