Life Below Zero’s Sue Aikens on the crash, her injuries, and more

Life Below Zero’s 11th episode last week ended with Sue Aikens flying off her snowmachine, literally. It turns to the left, flips, and she flies through the air and tumbles into snow.

Thursday’s season finale of the National Geographic Channel reality series deals with the aftermath, though the episode jumps ahead in time quickly. I talked to Sue Aikens to find out exactly what happened.

Sue spoke to me from Kavik River Camp, and though it’s been quite some time since the accident–last week’s episode aired exactly four months after it happened–she’s still dealing with it on a daily basis. And in the past few days, she’s also dealing with a lot of well-wishes from people who know her from their televisions.

“I deeply appreciate and am humbled by the outpouring that people are giving me,” Sue said. “I realize that people see me, people have a vested interest–I have many e-friends, I call them my home fries. It’s really meant a lot to me reached out, and they’re still reaching out.”

At first, Sue was understated about her progress: “It’s going. There’s definitely challenges. I’m just recently back to Kavik and there are definitely some challenges to be met here.”

But later, she went into more detail: “14 screws, 2 titanium plates, and surgical wire holding” together her bones. That metal “stays in forever,” she said. “I blasted apart the two joints. Broke the collar bone, snapped it in half, but it wasn’t a clean snap.”

Sue said the accident occurred Feb. 19, though “it could have been Feb. 18.” I’ve seen Life Below Zero‘s episode 12, “Aftermath,” and it has virtually no footage from after her crash.

It just briefly shows her lying in the snow, and then there’s a brief clip of a snowmachine ride back to her camp. It quickly cuts to her at the camp, crying from pain, before boarding a plane to get medical attention.

When I asked her about what happened during all that time, Sue paused at one point and said, “I’m tearing up and I’m getting all emo just thinking–I hope that I never have to go through that much pain again in my life. This injury absolutely taught me fear. I fear being in that much pain.”

Sue watched last week’s episode, and her response was perhaps the same as many viewers: “dude, get there”–as in, she wanted the camera crew to get to her aid more rapidly, though it was only a minute or so before they rushed to her aid.

But she acknowledges that “it was a shocking event. … I think it was unbelievable to all of us.”

She doesn’t quite remember the exact moment of the accident. “I don’t have enough personal clarity–you have a gnats ass of a moment” to respond to that kind of thing, she said, which involves thinking about things like, “if I hit it here, there’s no way I can avoid breaking my neck. These are decisions that if you live out here routinely, you may have to make those choices. what kind of body part are you going to sacrifice to save the whole.”

Life Below Zero’s crew helps Sue Aiken after the crash

“I didn’t move for a while,” Sue told me. She was concerned in part about a screwdriver she had in her pocket and the rifle she had on her shoulder–she wanted to make sure they hadn’t lodged in her body somehow.

Sue compared the fall she took to the balls in a Bingo machine, “myself just kinda tumblin’.” After she came to rest, she says, “I shut myself down and I do a personal inventory.”

She explained that “out here, you have to do your personal inventory all the time.” She needed “to see whether I could move or not.” The crew helped her, and “we had to cut away the clothing to visually see what did I have for injuries or not.” But she already knew of some injuries: “immediately I heard the collar bone snap; I knew that was toast.”

In the time it took them to figure out whether to call for a medical evacuation, she said the temperature dropped to 15 degrees below zero. And there Sue Aikens was, “sittin’ on the tundra in nothing more than a sprots bra and a bunny hat,” as she described it.

The Life Below Zero crew “did have to transport me back to camp” because of her injuries, and ultimately it took two days to get to Fairbanks and then three days there waiting in a hotel room while waiting for surgery.

“There are going to be some surgeries in the future,” she told me, still worried about its effect on the camp, especially since she “lost a tremendous amount of revenue” being away. As Sue told me when we talked last summer, her camp has to be profitable to maintain its license. “I need to not be in the middle of any more procedures,” she said, because “I still have a camp to run.”

Yet she’ll have to do that with “some pretty good limitations being imposed on me right now.”

While she’s not in a sling, she cannot lift more than 10 pounds, and can do “no pushing, no pulling, cannot be in anything that bounces me around for more than 10 minutes at a time.”

Worse, however, is that “there will be no more shooting ever from the right side,” and as someone who’s used to using her right side, “that’s going to be a changer for me. How am I going to protect myself and hunt for my food? … How in the hell am I going to be doing my job?

But she said she’ll be creative and implored, “Don’t count me out yet.” I don’t imagine anyone who’s ever seen her on Life Below Zero would ever count her out. 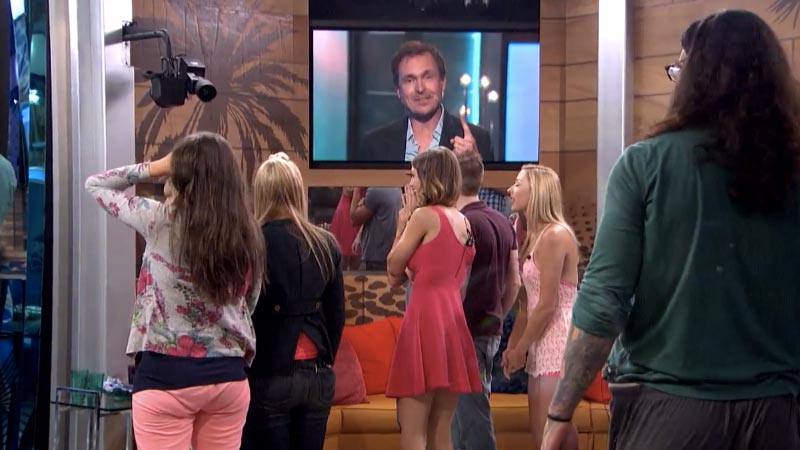