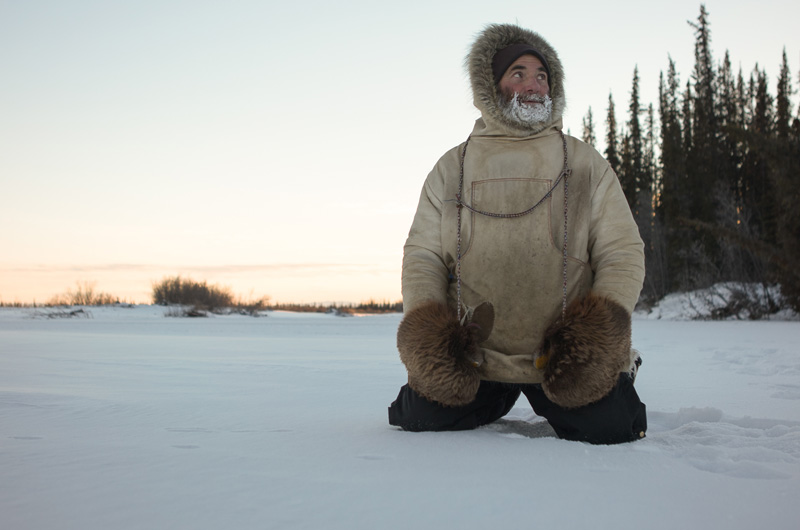 The summer of 2015 has offered several reality TV surprises so far. But perhaps the biggest surprise is that there is a new cable reality series about Alaska that is a must-watch.

The eight episodes (Sundays at 8) follow four families who live in the Arctic National Wildlife Refuge. They occupy four of the seven remaining permitted cabins, and the series allows us to be part of their lives in a way that’s difficult to describe but easy to experience.

What drew me in initially is how visually spectacular the series is, with shots, filmed with drones, that are almost unimaginable. It’s entrancing.

This isn’t style for the sake of style, though. What’s on the screen just conveys what this life is like: deliberate, thoughtful, calm. There are slow motion shots, and frequent long, extended takes of the landscape and people. There is no rush here, no need to feed short attention spans.

The score, credited to Figure and Groove, has piano and percussion, but is mostly just ethereal sounds that enhance the visuals. It’s quiet and peaceful; slow and gorgeous.

The Last Alaskans is somehow even quiet in moments of tension—a tiny plane nearly crashing as it lands, heading straight for a camera operator, who drops the camera; a gun jamming when a man attempts to shoot a caribou.

There’s kind of a storyline but not a heavy-handed narrative; it’s more like a series of vignettes of life.

Some moments, usually someone reflecting on events of their lives, are devastatingly sad. “That’s what I miss in the world today. Love,” Bob Harte says, talking about his loneliness.

Heimo and Edna Korth, previously the subjects of a Vice documentary, lost their oldest daughter when she was two: their boat capsized and she drowned, and her body was never found. The series illustrates their pain and their continuing connection to this wild land.

I’ve been binge-watching episodes this week, and I’m addicted. (I even watched the same episode twice.)

It’s a world I just want to settle into and keep watching, perhaps because I’m too attached to comfort to be able to attempt the lives that these people lead.

When an Animal Planet publicist e-mailed me about the show, he said, “I know there are a million Alaska ‘reality’ shows out there, but this one is so different and special.”

As impossible as that may be to believe (considering how Alaska has been overused as just another backdrop by networks and reality shows, some staged and stupid), he was exactly right.

The Last Alaskans is a masterful achievement in television, and not just because it made Alaska interesting again.

Recommended: Why the Lewis Family is no longer on The Last Alaskans, and where they are now