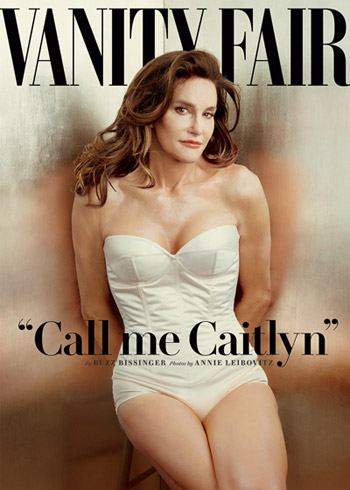 Caitlyn Jenner on the cover of Vanity Fair. Her new E! series will be titled I Am Cait.

I Am Cait is the title of the Caitlyn Jenner reality show, which was previously referred to as the untitled Bruce Jenner docuseries. Caitlyn’s name was revealed Monday, when Vanity Fair published the cover, with its gorgeous photo by Annie Leibovitz, and excerpts from Buzz Bissinger’s cover story.

Today, E! revealed the July 26 show’s title and trailer. In the one-minute preview of the documentary series, Caitlyn puts on makeup and asks, “How many people go through life and just waste their entire life because they never deal with themselves, to deal with who they are?”

It ends with her saying, “I am the new normal.”

Vanity Fair’s preview of its cover story revealed that the Bunim-Murray produced show will include some advocacy but humor. Caitlyn “says that on the E! series she will focus on ways of lowering the rates of suicide and attempted suicide in the transgender community, among other issues.” And “she does tell Bissinger that on her E! show she plans to do a segment in which she sees if she can still hit a golf ball 300 yards off the tee, even with her very ample breasts.”