In this edition of The Confessional, the long-time Big Brother feed-watcher behind Hamsterwatch discusses why she does what she does alongside the “great big club of like-minded voyeurs.”

The 17th season of Big Brother USA starts tonight, and the live 24/7 feeds that set it apart from all other shows begin tomorrow. For many, watching Big Brother feeds is an addiction stronger than crack, heroin, or tobacco.

We feedsters are glued to our monitors or mobile devices for hours on end, in hopes something will happen. Most of the time, absolutely nothing happens, but we want to be watching when it does. We know who’s allied with whom; who’s fighting and why; and tiny details about the lives and backgrounds of each cast member. We also know about things like the bigotry displayed by some of the Big Brother 15 houseguests long before CBS addresses them on the air, and we know about many similar things, large and small, which never make the air show at all.

We also know all the integral parts of the game itself ahead of those who only watch the three broadcasts a week–“TV onlies,” as we call them. We know who’s nominated, who won veto, and what they did with it days before those events air on CBS. We know competition results, even though those aren’t shown on the feeds, because the houseguests talk about them. A lot. We know about visitors, disasters, fights, couple hook-ups, and comedic events before they air, and we almost always know who’s going to be evicted on the Thursday live shows ahead of time. But we watch the three weekly TV shows despite all this spoiler knowledge, which is probably the only reason CBS has kept the feeds as an integral part of the Big Brother package.

Watching other people, together

Big Brother 17 will be the 13th USA season I’ve covered the feeds on my site, Hamsterwatch. I’ve also watched most of Big Brother Canada’s three seasons to date, but I don’t cover those to the extent I do the American version. I was a “casual” feedster for Big Brother 1, 2, and 3; I skipped BB4; and I launched my site for Big Brother 5. I’ve been a full-time feedster ever since and yes, I know that sounds pretty pathetic.

We hardcore feedsters aren’t necessarily proud of our addiction, but the many BB sites, chats, and forums that have sprung up over the years have made us realize we aren’t alone, that there are others who hang on every word spoken in the BB house, every deal struck, every lie told, and every personal bad habit displayed by every cast member. Social media has magnified that exponentially, and now we’re like a great big club of like-minded voyeurs.

I say like-minded, but we watch for different reasons. Some want to see all the strategic gameplay as it unfolds, some delight in the intentional and unintentional comedy that always happens, some obsess about particular cast members, and some just like watching the eye candy of the mostly young and pretty people who are invariably cast on the show.

My favorite part is the watching the social interaction develop (and often derail) among a group of strangers who are thrown together to simultaneously get along and compete against each other, especially when cabin fever and paranoia start to kick in—and they always do. I can’t get enough of it. Our club includes people of all ages and lifestyles, including many former cast members from the show as well as a number of celebrities who share our peculiar passion.

The hamsters—so called because watching the cast on the feeds is like watching hamsters in a cage—will have already been in the house for a week or so before the feeds begin on June 25, so we miss an awful lot of crucial early relationship building and breaking, but we can usually piece together much of what we missed by careful listening. If there’s one thing Big Brother hamsters do well, it’s retelling conversations. Naturally there’s a lot of detective work for us as well, because lying is a big part of the game for most of them. It’s an annual task to figure out who’s lying to whom and who’s telling the truth, but that’s part of the fun of it all.

Three months of 20-hour days with no break

For my part, I’ve turned into a summer hermit over the years. Again, I know that sounds pathetic (and it is), but I’ve been lucky enough to have developed a loyal following for my site and my Twitter, and that keeps me going. I love writing, armchair psychology, and laughing at the absurdities of life, and for three months a year I can combine all of those things. Most of my site readers hit me up first thing in the morning to catch up on the previous day and night’s events, especially since much of the action happens overnight and I stay up for it.

I really started my site just to amuse myself but as I gained more readers, I began to provide useful information along with my little jokes. Now I use a combination of “hard news” facts plus snarky humor on both my site and Twitter, and I think that has set me apart from some of the many, many other fabulous sites and updaters that cover the feeds. It’s probably hurt me some too, since most people probably prefer either serious or light, but I can’t do any of it unless I’m having some fun with it.

I do a lot of multitasking each season. I live-tweet the feeds and add screencaps to many tweets, I interact on Twitter and answer questions when I can (I get a lot), and I work up a daily recap of the day’s events along with not-quite-daily ratings about each hamster, which are more opinion than factual. I usually put in a 16- to 20-hour day, especially early in the season when there are a lot of them to keep track of, and there aren’t any days off.

It’s not all bad though: I get a lot of laughs from the feeds, my followers, and the chatters in my site’s chatroom. And there’s some downtime on eviction Thursdays, when the feeds go dark for much of the day so they can do rehearsal walk-throughs for the weekly live TV show, as well as when feeds are blocked for competitions. That’s when I can do ordinary things like grocery shopping. My site was a solo project for years, but this will be the third season it’ll have real-time feeds updates by the fantastic @UGotBronx, who works even harder than I do, transcribing conversations and posting dozens of screencaps from the feeds every day.

Hamsterwatch’s take on this cast

Like most reality shows, Big Brother has become more of a glitzy variety show than the “social experiment” it was early on, and there are more quasi celebrities and “stuntcasts” than there used to be. 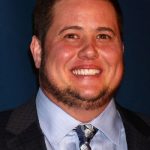 Audrey is Big Brother’s first transgender cast member, but there have been many others before her, including Chaz Bono.

This year we have former pro wrestler Austin Matelson, bigtime poker player Vanessa Rousso, and Audrey Middleton, a transgender woman who’s already been highlighted on TMZ and “The Talk”, along with the usual collection of aspiring actormodels, nerdy BB fans, and assorted others.

But Austin in particular is a scholar of the game, so that’ll make him more interesting to feedsters than if he was just cast because he brings an established fan base: he watches the feeds too! He’s in our club! Audrey will be interesting to watch as well, whether she was “stuntcast” or not, and she too knows BB well.

An early standout I’m especially looking forward to seeing on the feeds is dentist John McGuire, whose early interviews were very loud and very random, but it turns out he also plays virtuoso guitar and bass in a variety of styles. That’s the kind of unique combination of personality traits that can make for fascinating viewing. Several others are also looking interesting from the pre-season information we have about them, but we’ve learned over the years that first impressions are often misleading because hamsters put their best faces forward for the press junket that precedes the show, like anyone would.

When the feeds begin is when we see what they’re really about, because they usually forget we’re watching. Some of them are blissfully unaware of us at all, despite the hefty contract they sign that clearly states, among many other things, that they’ll be watched 24/7.

Bottom line, the Big Brother feeds are about the most real thing left in reality TV, and the only place you can see what really goes on before the editors get hold of it and compress it into bite-size tidbits to put on the air. A two-minute fight on the show might have lasted a half hour or more, and we get to see and hear every juicy bit of it. Some of the biggest meltdowns and funniest shenanigans never make the show at all, but feedsters relish these things and talk about them for years afterward. Sometimes they change situations completely for TV, but that kind of thing has gotten better since the social media explosion has made it more likely to be exposed.

If you want to get in on the fun and let your inner voyeur loose, you can sign up for a free trial of CBS All Access, which also includes on-demand viewing of dozens of CBS shows past and present. It also has a Flashback feature for the BB feeds, so you can go back and see only the parts you want to see without having to sit around glued to your screen all day and night. You might eventually end up being a feeds addict, but you’ll have lots of company.

The Confessional is reality blurred’s op-ed section. If you have a story to share or an argument to make, submissions are welcome.