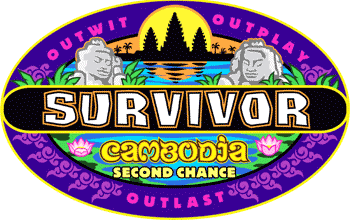 Survivor Second Chance started filming on the day of the show’s 15th anniversary. But well before that, and well before anyone knew how this season or cast would work, CBS told executive producer Jeff Probst that the network was anxious to repeat the twist where fans vote for the cast. And Probst is on board, though not as eager.

In an interview with EW’s Dalton Ross, during which he also discusses how the reveal shortened the Survivor Worlds Apart reunion, Probst says that CBS called him after the May 21 finale:

“So, yes, CBS called me the next day and said, ‘Oh my God, that was great! When can we do it again?’ To which I said, ‘Well, it would have to be the right situation.’ Because we’re never going to go back and do something if it doesn’t work.”

That’s reasonable. While the online voting and social media campaigning were a huge success, if it results in a crappy season, that’s no good. However, in a second interview, Probst seems more eager to repeat this twist:

“We would definitely do it again and I would definitely turn it over [to viewers to choose the cast]. And I’ll tell you, a lot of friends of mine who are producers of television emailed me after the announcement and said ‘Are you out of your mind? You’re turning the entire cast?’ And their emails would say things like, ‘I could see you doing one player. Or maybe one tribe. But 20 people?’ And look at the cast we got: diversity in ethnicity, diversity in sexuality, in age, regional, everything.”

As to the season currently in progress, Probst reveals that, on day one, producers repeated “something we did the first season, and you’re going to see chaos and scrambling out of the gate.” He adds that, for some reason, this group of returnees aren’t behaving like entitled jerks, which is apparently how returnees usually act:

“…typically it’s different in that returning players are more of a pain in the ass. And it always disappoints me that they try to push us around when we’re saying, ‘Look, we know you know the deal. We get it. And you’re our stars. That’s why we invited you back. But don’t push so hard. Let’s just do this with the same respect.’ And they typically don’t. It doesn’t mean we don’t invite them back. We love them. It comes with the turf.

What’s interesting is, and what I will remind every other returning player is, this group has been so kind and courteous. We sent them on this huge journey though old, historic parts of Cambodia, and they were smiling every part of it because some of them have been waiting 15 years. And so they don’t take it for granted, and they appreciate it, and they remember, ‘Wow, this is a big deal. There are 350 people out here creating this adventure for me!'”