A dramatic reunion and satisfying finale ends a rocky Survivor

At the very end of an incredibly dramatic and overly rushed Survivor Worlds Apart live finale and reunion, Jeff Probst told viewers, “Thank you for your loyalty, even when you don’t like everyone.”

You’re welcome, Jeff Probst. And thank you for shepherding a production that remains truly exceptional. The evidence of the show’s quality was all over the three hours: the art design of the epic challenges, or the depth of emotion at the final Tribal Council, the shots of Nicaragua and its wildlife, the back up flint that the host had ready, the reunion that engaged some important issues.

Yes, Survivor is a high-quality show that still works and, as evidenced by its decimation of American Idol, can still draw a huge audience.

Even its weak seasons are good. I still stand by my earlier analysis that this season was flat despite its crazy highs and lows because it was so hard to root for anyone. With relatively little strategy–so many episodes had wild swings but ended up with the predictable and obvious outcome–the editing was left to focus on characters.

I’d usually be okay with that except I think this season’s casting was such a massive misfire, with people who were just so awful to each other from the very beginning. One guy standing up for the most abused person and then going on to win it doesn’t quite justify all the carnage and terribleness.

Alas, Survivor Worlds Apart’s ratings success and social media chatter will undoubtedly encourage CBS and Probst to cast like this in the future. 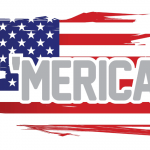 Mike dominated, winning every single challenge in the finale and winning  every vote except Rodney and Sierra’s. I was definitely rooting for him throughout the last few episodes. At the finale, he also won me over a little more by copping to his mistakes, like at the auction. And of course, there was his defense of Shirin–which she noted, in a pretty terrific way, wasn’t something she needed but was so appreciated.

But from being part of the blue collar bro group to the auction screw-up, I’m kind of meh on him overall, to be honest. I realize he was on the outs and had to fight his way back, which was impressive, yet his end-of-game strategy of just doing everything himself and ignoring others wasn’t nearly as satisfying as what other dominant winners have done socially or strategically.

And let’s not forget he’s responsible for this, which is unforgivable.

Still, he’s the winner this season deserved, and it was especially good to see him win against at least one non-idiot. Taking Carolyn to the end, while it delivered a terrific Tribal Council tiebreaker–was not a Colby/Tina decision by any means. Carolyn was, as Shirin later said, the stingray, defensively striking and trying to stay hidden otherwise, which seems far less impressive compared to what Mike did.

The two-hour finale itself felt quick–for example, it cut from Tribal Council to an immunity challenge, with no discussion of the vote’s aftermath. But there was more content than usual: family visits, a long fire-making tie-breaker challenge at Tribal Council, and three intense challenges.

There were nice moments, especially after the physically demanding final immunity challenge, which broke Will down so much he wanted to personally put the immunity necklace on Mike, with the help of Carolyn and Rodney. And there was the emotion of the family reunions, which was humanizing but still didn’t stop me from being a horrible person myself and rooting for one last Rodney reward challenge loss. (I like when things are neat and even and zero is a nice round number.)

Shirin’s Sue Hawk speech was very well done, although I definitely rolled my eyes when she started that part. But she absolutely pulled it off, accurate but also funny. And it was preceded by a terrific summary of what she’d been through, with the bonus of throwing her status as a millionaire in Rodney’s face.

Jenn’s admonition of the jury was my favorite moment, though. This cast needed more people calling them on their crap in the moment, and the jury–while not the most bitter ever–was annoying. Tyler pouting, Joe making demands, Dan popping up and down. Please, people. Ask a salient question and then sit down.

The most dramatic Survivor reunion ever

The reunion was full yet also barely touched on everything that happened this season. Most of the cast and even jury didn’t get to say a word, thanks in part to the time the reunion had to spend revealing next season’s cast, never mind the segments devoted to this cast’s terrible behavior. At least we got a jury poll to prove Rodney wrong that he would have won against Mike. (But don’t get me started on that freaking cake time-waster.)

Typing out every word that was said feels especially pointless because so much of it was in the interaction, the facial expressions, never mind that there’s so much to transcribe. So, if you haven’t watched, you must, because the following isn’t a substitute for that.

Let’s start at the end. Perhaps I’ve just been desensitized from years of watching Ryan Seacrest’s emotional manipulation on American Idol, but I thought Probst did great introducing the new cast. He gave each person recognition and a little biographical tidbit, and then directly told them yes or no. I’m sure some of them were very disappointed, but they knew there was that possibility. I’m pretty thrilled with the Survivor Second Chance cast overall, and though it doesn’t match my ballot exactly, it’s close enough. Also Culpepper isn’t on, and after this season, I’m especially grateful for that. 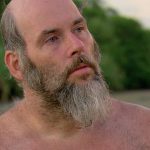 Dan justifies Shirin’s abuse on Survivor by blaming the victim

Okay, to Dan. Probst was at his absolute best here. He kept Dan focused, which as all of the people who had the pleasure of interviewing him last week discovered, is not easy. And he didn’t let Dan get away with anything, like when he trotted out his excuse about not knowing Shirin was a victim of domestic violence. Probst pushed hard but was fair. Dan eventually relented and apologized.

Unfortunately, Probst spent the most of the too-short time on Dan’s claims that he had a bad edit. Yes, it was spectacular television, Dan making a claim and Probst showing raw footage–with crew members! and boom mikes! and producers!–that proved Dan was wrong. Truly amazing.

However, it ultimately felt more like Probst defending the show. For all those who’ve claimed the editing wronged them, the one time that gets challenged on the show’s most-visible platform just happens to be the one time when the claim fell apart. By showing the raw footage, it has the effect of making all other similar claims seem equally specious. It also not-so-quietly communicates to future players: don’t go there. And it was ultimately less about Dan’s overall awful comments because it focused on a single, comparatively minor comment.

Will is sorry for having to say I’m sorry

The reunion and Probst’s biggest failure, I think, was with Will. That’s mostly because there should have been more time, and it was unfair to both Shirin and Will to race through the segment. (Probst agrees: “I was frustrated that we didn’t have more time, because I felt that Will and Shirin had a bit more to work out. I was having to rush both of them a bit, which makes it more difficult for them to get their points across.”)

Will’s apology was, frankly, complete bullshit. First he apologized to Shirin’s family instead of her, which was questionable but at least was on the right track. But when he turned to her, he said, among other things, “I’m sorry for what my words did to you.” Not: I’m sorry for my words. I behaved terribly. He still doesn’t seem to think there was anything wrong with his language or his actions.

Then Will did what Dan already did: blame the victim. “You have to get to a point where you have to forgive,” Will told Shirin. Excuse me? Will is lecturing Shirin about forgiving him and/or the people in her past who caused her pain? What kind of nonsense is that? And that she should “be the person that god wants you to be?” How obnoxiously sanctimonious.

And don’t even get me started on whoever it was in the audience on “Team Will” that screamed at Shirin. Very disappointing that the director attempted to get that person on camera–no thanks. It’s time to hear Will and Shirin, not someone we don’t know.

Probst cut Shirin off when she tried to make a point about turning this into something good, and I wish he hadn’t, and I wish he’d given her more time (though at least she had her final Tribal Council speech, which did an excellent job of chastising the cast for their behavior). The segment just ended, out of time, which was disappointing.

The reunion, then, was very much like the season: drama and ugliness from the cast, successes and failures from the crew, and mixed reactions from the audience. Survivor‘s 30th season may have been worlds apart from my ideal season, but it was still recognizably the show I have consistently loved for 30 seasons and 15 years.