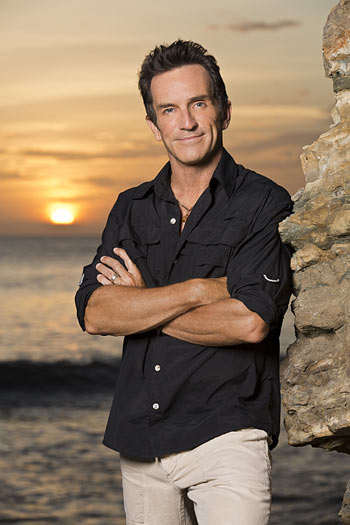 Survivor Second Chances will film in Cambodia and be hosted by Jeff Probst. (Photo by CBS)

Update: Everything you need to know about Survivor Second Chance and the vote.

An announcement about Survivor Second Chance is expected today from CBS, along with the start of voting. Viewers will vote to select the cast of the season that will film in late May and June and air sometime next year. All returnees will be people who’ve only appeared once.

Both seasons 31 and 32 are being filmed in Cambodia. If this returnee vote season airs in the fall, it would be the first time that Survivor seasons were broadcast in a different order than they were filmed, because one Cambodia-set season has been produced.

That does not exactly appear to be a secret. CBS tweeted to expect “an announcement to big to miss.” For other examples, see the series of tweets from Survivor Australia‘s Jeff Varner, one of which is an image posted last night just before 9 p.m. ET that says “you’re on 24 [hour] notice”; an earlier tweet was an image that said “brace yourself.” In addition, a city council member in Greensboro, North Carolina, where two possible returnees are from, said an announcement was coming this week.

The Survivors who could return have all made videos that will be on CBS.com, and they’ll presumably campaign on Twitter and elsewhere until voting closes.

The spoiler known as Redmond who compiled the list–no winners, only cast members who’ve been on once–has removed some people and backed off confidence of others (he’s “unsure of” those without checkmarks).

I guess because they’re out there now there’s no point holding back. Full returnee poll with S30 players. #Survivor pic.twitter.com/1NS5bW2JyT