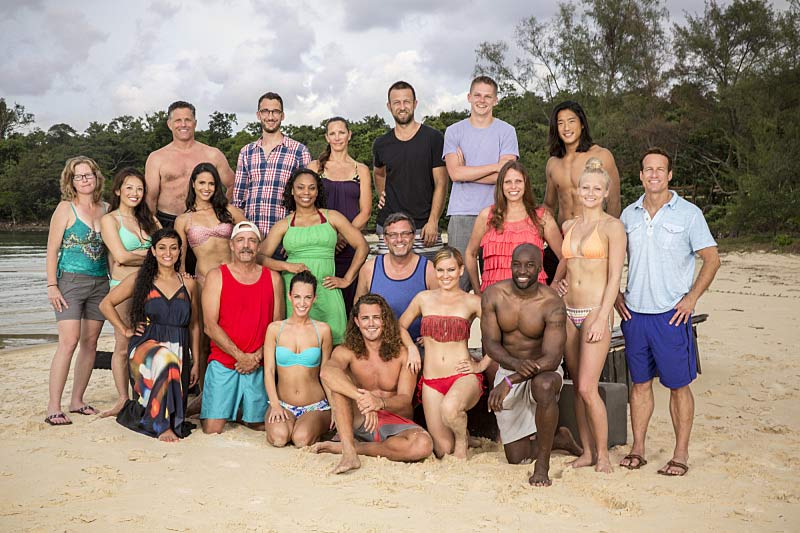 The Survivor Cambodia: Second Chance cast is the second-oldest cast in the show's 31-season history. (Photo by Monty Brinton/CBS)

CBS tonight revealed Survivor Second Chance and its pool of potential cast members. The season will will air as the 31st season this fall, and viewers will choose the entire cast.

Here’s everything we know right now about the season:

Voting is open now and ends at 9 ET on May 20, the finale of Survivor Worlds Apart.

Viewers will select the entire cast Update: CBS changed the rules to say that the cast will be 100 percent selected by fans.

The results will be revealed on the finale.

There are two people in the pool who are still on Survivor Worlds Apart, but Probst said in an EW Q&A “that means either Mike and Carolyn both lost, or one of them could be, ultimately, ineligible.”

This season will air in the fall, as S31. This will be the first season in Survivor history to air out of order. A season already filmed in Cambodia, but that will air in the spring.

Survivor Second Chance will film in Cambodia starting shortly after the finale.

In a press release, Probst said, “The idea of a ‘second chance’ season started brewing during our first season, the moment Kelly Wigelsworth lost to Richard Hatch, in the summer of 2000. Since their respective seasons ended, these players have been begging for another shot, and this is a fun way to allow our loyal fans to be involved in the creative process.” On the teaser that aired at the end of the episode, Probst said the potential cast included “heroes, villains, underdogs.”

Casting approached potential cast members earlier this year, and had some contestants in Los Angeles for finals casting as late as March.

Here are the potential cast members: