Skip to Content
Mark Burnett, in a promo shot for Fox's Coupled. (Photo by Michael Becker/FOX)

As part of his endorsements for Survivor Second Chance, Richard Hatch, the show’s first winner, accused season-one runner up Kelly Wigglesworth and the show’s producers, including Mark Burnett, of cheating. That prompted a fascinating exchange with season-one cast member Dirk Been.

On some level, this rehashes a controversy from the early 2000s. The background: Richard Hatch has long claimed that the show promised to pay taxes on any winnings after he discovered cheating, a claim a judge didn’t allow to be heard in court. 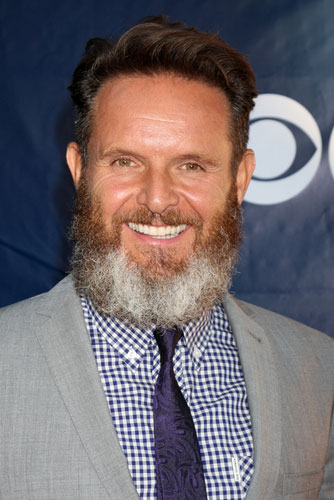 As a result of his eventual conviction, Hatch went to prison. Meanwhile, Dirk’s deposition in Stacy Stillman’s lawsuit has been public for years (here’s the full PDF); it revealed that executive producer Mark Burnett suggested a course of action in the game, though Dirk (then and now) took responsibility for his actions.

That brings us to Survivor Second Chances, and Hatch offered his endorsements in a Facebook post after a discussion of characteristics he values.

As part of that, he wrote, “I would not be willing to vote for any player on this list I came to believe lacked integrity and honesty outside the game.” He ends up endorsing his runner-up and alliance mate, Kelly Wiglesworth, but a very backhanded way:

“I would have the toughest time deciding whether or not to vote for Kelly Wiglesworth to have a second chance. I respected Kelly as a bright young woman, skillful player and worthy adversary, but I caught Kelly being fed by crew and later learned she’d been fed throughout the game during the filming of the original season. She was 22… fair enough she took advantage of opportunities CBS and producers had a legal and ethical responsibility to prevent from having been available, but when push came to shove, in life outside the game, I was sitting in prison for a crime I did not commit when Kelly was questioned about her cheating (more related to my conviction than I can explain here), and she blatantly lied… to protect her reputation? Regardless, her lies and the lies (both direct and by omission) of CBS’ Media Representative, Chris Ender, and other CBS Executives in addition to the lies (both direct and by omission) of Survivor’s Executive Producers resulted in more than a decade of terrible, unjust suffering for my family and me. Kelly has neither apologized to me nor has she ever made any effort to learn how I’d been affected by her actions. However, I’m convinced prevalent bigotry and those in positions of power are far more culpable than Kelly for my having been abused. I cannot condone Kelly’s choices, and though I would be sad to learn Kelly has suffered, I would not be surprised if she has suffered as a result of how her choices have affected me. So… I believe I would like to see Kelly have a second chance to play a game I’m confident CBS and producers have since improved to prevent cheating.”

That’s the most specific and clear accusation of cheating I can recall.

Those who dismiss Hatch outright may remember that, while this is about Survivor Borneo, many years and seasons later, several Survivor contestants would say–ironically enough, during Max Dawson’s class, when Stephen Fishbach was among the visitors!–that producers gave them food and fire.

During the ensuing conversation/debate, which is very long, Dirk replied, in part (all typos or other errors are original), in part:

“Everyone got threatend and stoked by the all powerful, and we all had the choice on how to respond. All I will speak for was my response to cbs and mark, which was I will only be honest even if it dosent suit their needs.”

“We all were innocent to a lot of things but it only took me a week of being in the midst of the ‘game’ to figure out that “rules” where very fluid and strings where being pulled to create good tv with little disregard to actual contestants and the ‘game’. In retrospect I don’t know why it took me a week to figure it out cause it was obvious from the beginning. When mark came to me and Kelly and ‘suggested’ we vote of Stacy instead of Rudy for the betterment of the tribe and reminded us of the pay rates for staying on the show longer, I totally fell for it and voted for Stacy.”

In the most succinctly damning statement, Dirk writes:

“That’s the greatest lie of survivor , there is no game, only tv show.”

“My goal in honestly discussing these issues is not as you mention, to change Les Mooves’ or Mark Burnett’s ‘way of doing business.’ Neither do I believe Les or Mark will ever sit before his ‘maker’ and be held accountable then. How Mark and Les have abused me (and, it seems, you too) and cared little (if anything) about the impact on our lives is no different from how people in powerful positions all over our country and this world are now and have always been abusing less powerful others. My goal in honestly discussing these issues is to confront obfuscation and dissembling from wherever it comes (SEG, CBS, ‘judicial’ system, etc.)… shorthand, ‘speak truth to power.’ People will decide (or not) for themselves.And this may really shock you, but I don’t think Les, Mark or any of the corrupt, bigoted judges, prosecutors and others who participate in knowingly abusing people are evil, per se. I think they are ignorant, flawed human beings (as are we all to some extent) who, sadly, have more influence over others than they should be allowed to have and whose priorities are (delusionally) self-servingly out of line with what would make them happiest and the world a better place. Regardless, I also believe if they knew better, they would do better… something I believe is applicable across humanity – which is the impetus for my continuing to express my opinions.”

As their disagreement worked toward what appears to be a genuine understanding of one another, Dirk–whose religiosity was part of his storyline during Survivor Borneo–asks Rich, “what did you think would happen when u danced with the devil!!”, Hatch replies, “there is no such thing as a devil. I assume you’re referring to the egocentric, greedy people lacking integrity who now produce Jesus movies.”

That’s a clear reference to Mark Burnett, of course. What’s really hilarious though is that Dirk says he wasn’t actually referring to the biblical devil after all: “yes I was referring to a certian producer we both know when I mentioned the devil and yes I find his scripted fiction hilarious.”