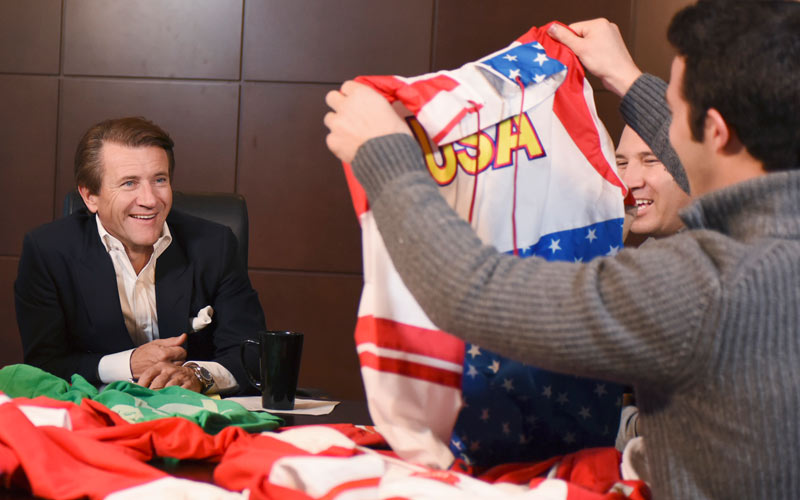 If the updates on Shark Tank are your favorite part, you’ll love Beyond the Tank, the spin-off announced last fall. The first of three episodes premieres tonight at 9 p.m. ET in Shark Tank‘s usual timeslot. If the show does well, it could return in the fall.

The first episode, at least, doesn’t really feel like a new series. Rather, it comes across as an expansion of a minor part of its parent. It’s well-produced and has the same clean, bright feel. As it checks in on three companies, it gives additional detail about what they’re doing and the obstacles they’ve faced.

But there’s not really a sense of looking behind the scenes. If anything, it feels less authentic because there’s not much unpredictability in the hour. Shark Tank’s update packages and pitches are heavily choreographed but work because they’re set-ups, not the bulk of the otherwise spontaneous action.

I talked to the new series’ executive producer, Leslie Garvin, about how it was cast and produced. She told me, “We really tried to be a fly on the wall as much as possible for what was really happening in their lives and their businesses.”

That’s what I wanted more of: just observation of these companies’ day-to-day lives with less of the packaged feel of Shark Tank. Something more like CNBC’s The Profit and less like the 90-second updates that are already part of the ABC show.

In episode one, when there is minor conflict or a hint of a problem, everyone says the right things and makes themselves and their companies look good. They’re still pitching even long after they’ve gotten a deal.